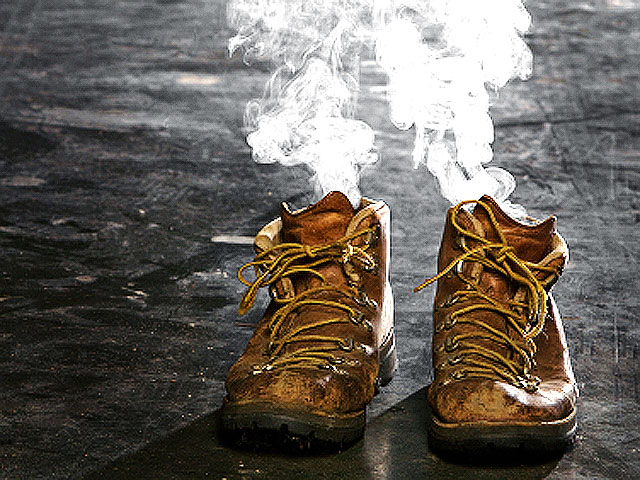 (CBS) What killed Michael Faherty? The 76-year-old retiree was found burned to death in his Galway, Ireland home on December 22, 2010, the Irish Herald reported. Since his body was burned but the rest of the house wasn't, investigators drew a surprising conclusion...

"I'm left with the conclusion that this fits into the category of spontaneous human combustion," coroner Dr. Kieran McLoughlin told the Herald. He said it was the first case he's ever seen in his 25 years on the job.

Spontaneous combustion? It sounds positively Dickensian - and indeed, Dickens wrote about a character who died from a mysterious blaze in "Bleak House."

Dr. Joe Nickell, senior research fellow for the Committee for Skeptical Inquiry, called it a "bunch of blarney."

Nickell is no fire scientist. He's just a PhD who's invested paranormal claims for the past three decades. He's even been asked to lecture on the topic for the New York State Academy of Fire Science (and boasts the certificate on his web site to prove it).

What does he think of this case if spontaneous combustion didn't kill Faherty?

This case is a classic presentation of supposed combustion cases, said Nickell, because historical records show victims are often elderly or infirmed, alone, and cases usually occur in cold weather with firing materials nearby. The Herald reported there was an open fire rumbling in his fireplace, but the fire chief ruled it didn't cause the fire, a ruling that took Nickell's "breath away."

"That's the profile - we're not finding young people surrounded by a crowd of athletes on the playing field burst into flames," he said. But that is precisely the misconception, according to Nickell - people who die from spontaneous human combustion don't burst into flames.

Nickell says in these cases, an ember from a fireplace or match may spark a victim's clothes or chair to catch on fire. The elder victim, unfortunately, might not realize it until it's too late.

Essentially humans' - or any animals' bodies - double as candle wicks, and fat serves as the candle's fuel. When the fireplace ember slowly burns into a person's clothes and skin, the body's fat will slowly burn like a candle. The individual - who's often alone - may not put the fire out before it's too late, and dies during the process. Perhaps the person dies from a heart attack, hits his head, passes out from the trauma - but regardless, the fat burns until there's not much left, said Nickell.

So when the coroner and police come to inspect the fire and only see a burnt body with no fire damage to other areas of the home, they point to spontaneous human combustion. But according to Nickell, the bodies are so destroyed from burning for hours, that a coroner can't possibly determine the cause of death.

"To say that we don't know what the cause of the fire was but its' spontaneous human combustion," Nickell opined, "Why don't we say it was a ghost playing with matches?"