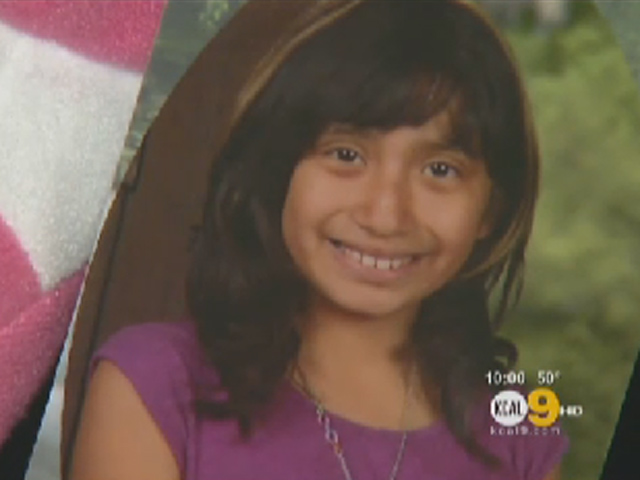 (CBS/AP) LONG BEACH, Calif. - The Los Angeles County coroner's office has ruled that the death of a Long Beach schoolgirl after a fight was a homicide.

Coroner's Lt. Fred Corral said Monday that blunt force trauma killed Joanna Ramos, who collapsed at home after a fight with another girl on Friday after school.

The victim was reportedly 10 or 11-years-old.

The girl's older sister Vanessa Urbina, 17, says Joanna died after undergoing emergency surgery for a blood clot on the brain.

Joanna Ramos was pronounced dead at 9 p.m. Friday, about six hours after she and another 11-year-old student reportedly had a pre-planned fight near their elementary school.

Ramos' mother rushed her to the hospital Friday evening after the girl began vomiting and complained of a headache, Urbina told The Associated Press. "They did surgery on her brain because she had a blood clot, and after surgery the doctor said she was still alive, and then a few minutes later he comes back and tells us that her heart stopped and they couldn't bring her back," the sister said.

She had no visual signs of trauma to her body, police said.

There were reportedly seven witnesses to the fight, which lasted less than a minute, police said. There were no weapons involved, and no one was knocked to the ground.

Joanna returned to her after-school program after the fight, where her friend saw her with blood on her knuckles from wiping at a bloody nose, said Christina Perez, the friend's mother.

Perez said her daughter had heard about plans for the fight during recess earlier in the day and knew to stay away from the alley after school. She and other mothers outside the school said their children told them the fight was over a boy.

Police said no one has alleged or suggested that Joanna was being bullied.

None of the students interviewed told detectives that school officials were made aware of the impending fight.  No arrests have been made.