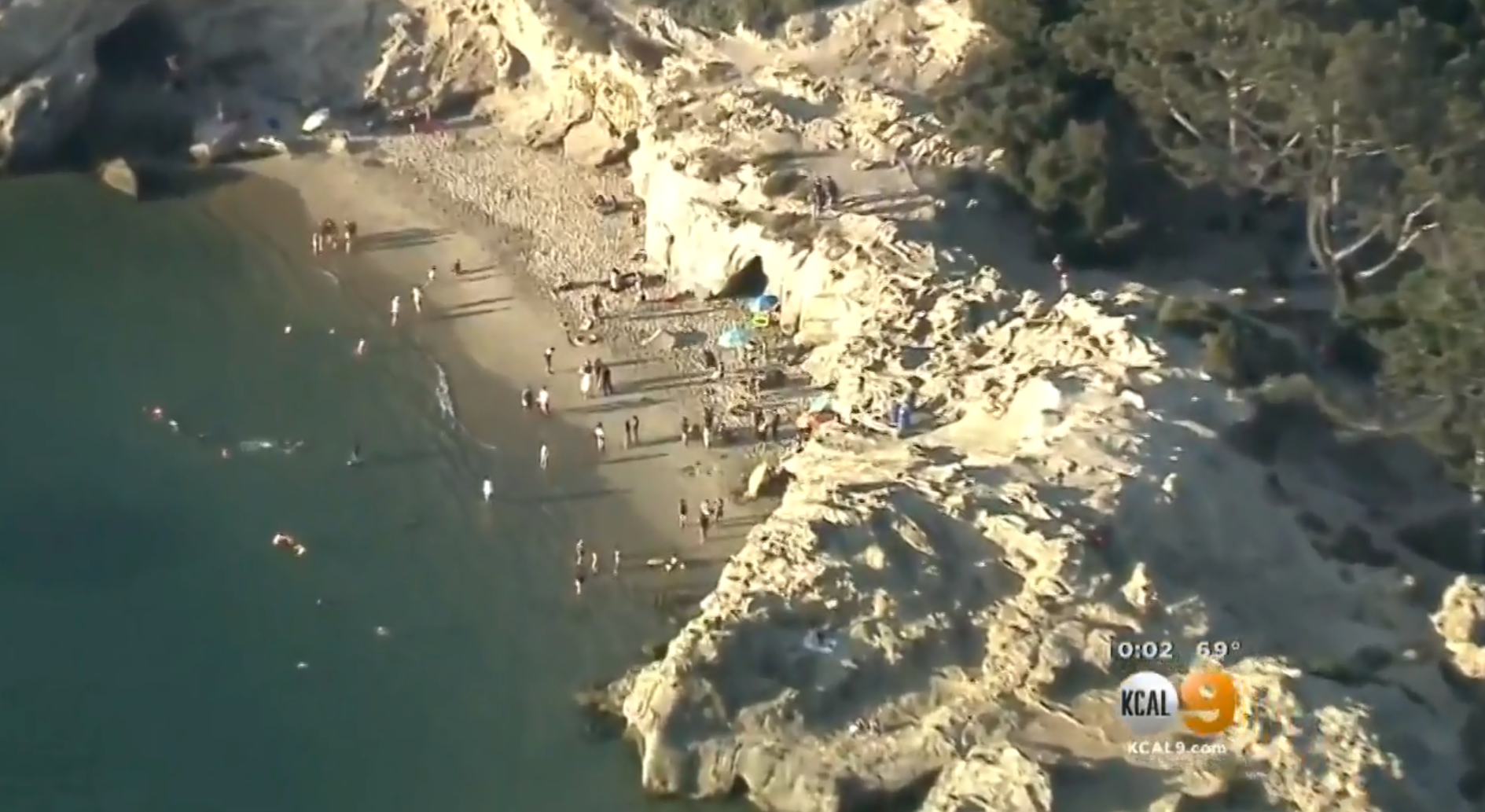 CORONA DEL MAR, California -- A dramatic rescue took place Friday at a popular Orange County, California, beach after a 10-year-old boy fell off a steep cliff, CBS Los Angeles reports. Police said the boy fell 30 feet from a cliff, but there was no word on his condition as of Friday night.

There were a lot of people around enjoying the beach when it happened.

Paramedics told CBS Los Angeles the child was conscious and breathing at the time of transport, and the first person to come to his aid was a critical care nurse on the beach with friends. She said she found him laying on his back. He told her his name and said he was 10 years old. She looked over him and said she didn't see any obvious external injuries or bleeding. He told her his right-side stomach and ribs hurt but was able to respond and move his hands and feet.

"I think he was lucky," said witness Sheri Riggs. "If he would have literally fallen on his head he could be completely paralyzed or quadriplegic for that matter. 30 foot drop at any angle. Like I said just knowing that children have a little bit of resiliency. A give and take in their bones and the fact that he landed on a softer surface such as the sand. Hopefully very much I pray that he is doing very well."

Authorities said the boy was taken to a local hospital.