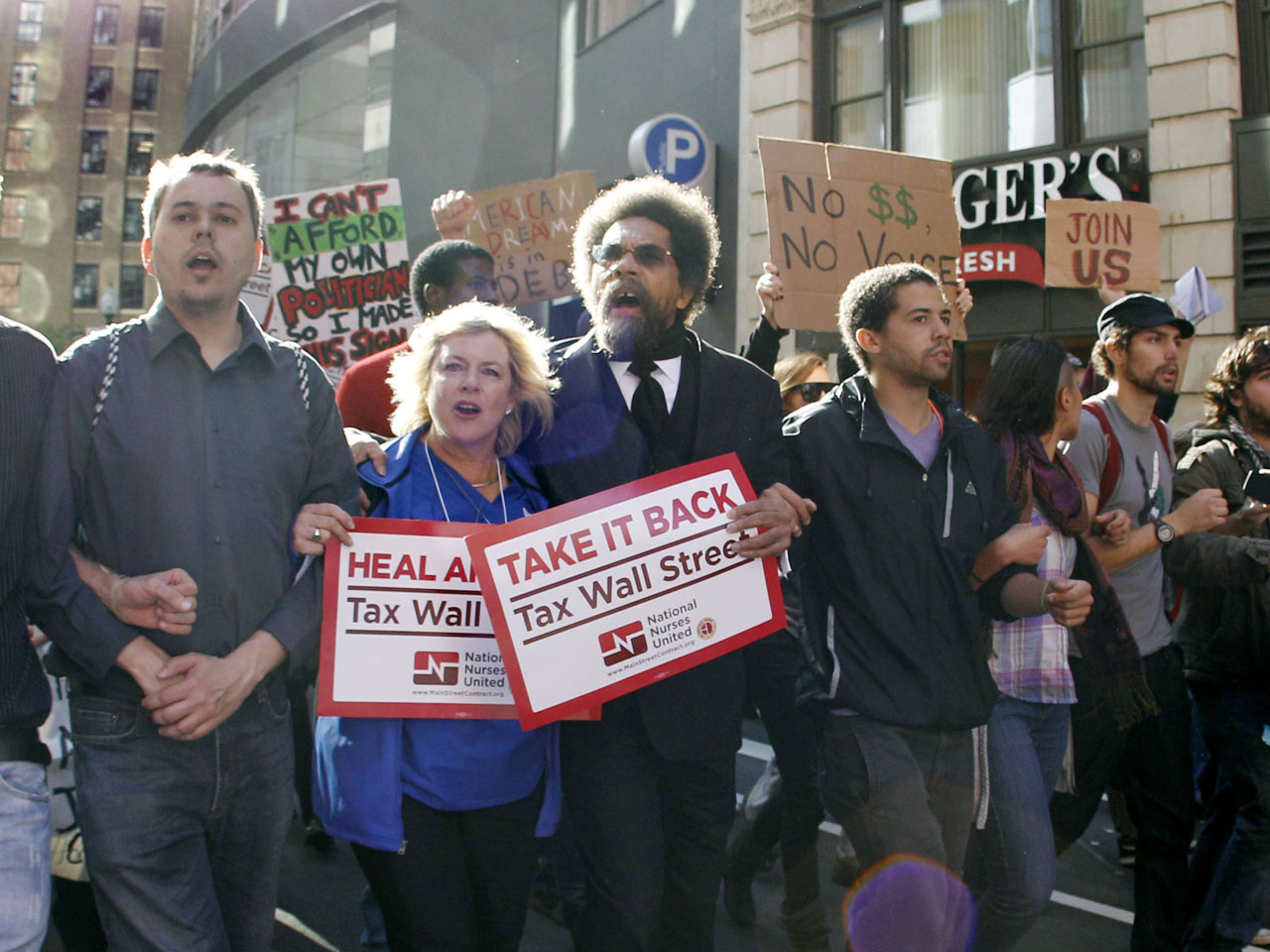 WASHINGTON — Author, commentator, civil rights activist and Princeton University professor Cornel West has been arrested while protesting on the steps of the Supreme Court about corporate influence in politics.

A Supreme Court spokeswoman says 19 people were arrested Sunday afternoon after they refused to leave the grounds of the court.

Ann Wilcox, an attorney and legal adviser to the protesters, says West was among those arrested. West attended the dedication of the Martin Luther King Jr. Memorial on the National Mall before joining the October 2011 Stop the Machine protest in Washington's Freedom Plaza.

The protest is marking 10 years since the start of the war in Afghanistan and has an anti-war and anti-corporate greed message.

West is a well-known left-leaning academic whose books include "Race Matters" and "Democracy Matters."

West also recently got into a TV spat with presidential candidate Herman Cain, telling Cain to "get off the symbolic crack pipe," according to The Los Angeles Times.

Below watch video of West's arrest:
View CBS News In