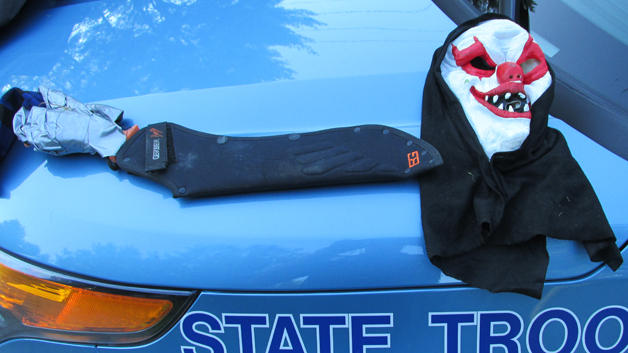 BIDDEFORD, Maine -- A one-armed Maine man accused of startling neighbors by going for a stroll wearing a clown mask and brandishing a machete says it was supposed to be a prank.

Police say Berry was intoxicated but cooperative when they arrested him last month. They say he had a machete taped to the stump of his amputated arm and was wearing a mask to copy previous clown sightings.

Police say Berry was first spotted in Hollis but then fled into the woods. They say he was taken into custody when he re-emerged.