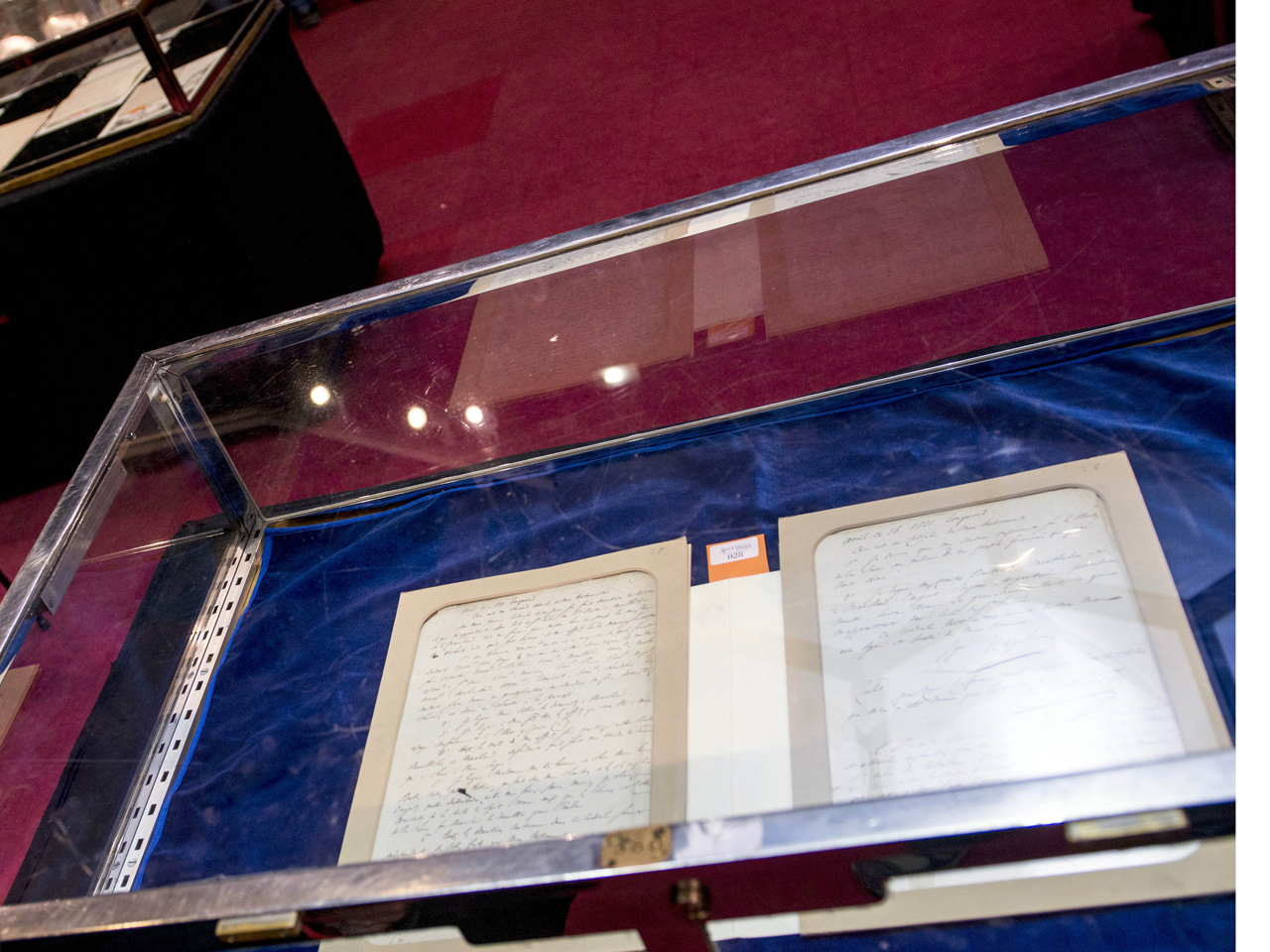 PARIS The frail Napoleon knew he was near his end as he penned his will and asked that his ashes be scattered along the Seine among the French people he loved.

This rare flash of emotion from the once-mighty French emperor is revealed in the only known copy of the historic document being auctioned in Paris' Drouot Auction house Wednesday.

It gives an unusual insight into Napoleon's final moments.

As the ailing 51-year-old was putting ink to paper, he said to a friend, "My son, it's time I go, I feel it," according to the auction notes.

The original letter, penned in Napoleon's own illegible hand, is in France's national archives and unavailable for purchase.

"This document is very special in the great mass of documents produced in Napoleon's era," said Napoleon expert Pierre Gheno. "Napoleon always writes in a factual way. But here we see emotion, saying that he wants his ashes to be scattered on the banks of the Seine (river) among the beloved French. He knew he was dying."

As it turns out, the fallen emperor's ashes weren't exactly scattered along the river, but transferred to Paris' Invalides monument some two decades later in 1840.

Historians say that the new king ignored the will's wishes and delayed bringing Napoleon's remains back to Paris out of fear his legacy was too linked with the French Revolution.

In addition to Napoleon's wishes for his ashes, the will also calls for his remaining possessions to be distributed among his close friends in exile on the island of Saint Helena.

The will reveals how little Napoleon had during his punitive six years of captivity at the hands of the British following his defeat at Waterloo in 1815.

The once-feared general, who conquered half of Europe, had nothing more than a few jewels, sculptures, porcelain crockery and the odd painting at the time of his death.

"He was very modestly housed. He hardly had anything," Gheno said.