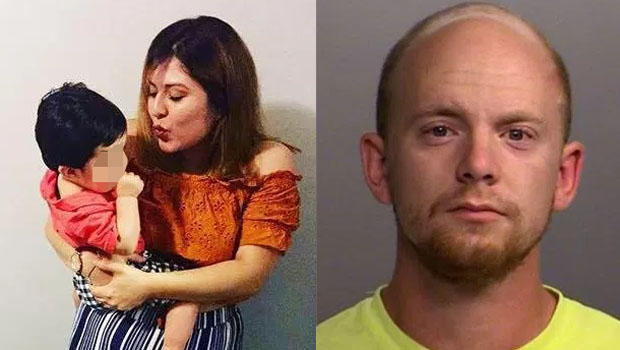 INDIANAPOLIS -- Police and the Marion County coroner say a young mother was fatally stabbed while she worked out at the gym in her downtown Indianapolis apartment complex Friday morning.

Carina Rodriguez's death has been ruled a homicide. Indianapolis Metropolitan Police announced Saturday that 25-year-old Cody Weir of Avon was arrested Friday night and faces a preliminary charge of murder.

Police say Rodriguez was found dead Friday morning in the gym at the 9 on Canal apartment complex.

Police tell CBS affiliate WTTV Weir is homeless and may have been prowling early Friday morning for a target of opportunity when he spotted Rodriguez working out in the fitness room. A court document released Monday says Weir knocked on the gym door about 2:45 a.m. Friday and Rodriguez, who was alone, let him in.

Police released surveillance video recorded in the lobby of the apartment complex showing a man walking, and they say an acquaintance recognized the person as Weir and contacted police. He was arrested in the parking lot of a Best Buy store in Avon Friday afternoon.

He allegedly confessed to stabbing the woman and told police he fled after a short struggle.

Weir allegedly told police he usually kept a knife in his car and that he used it for work, according to court documents obtained by the station. He said he remembered the victim letting him in to the gym.

"I think I knocked on it, and she let me in, and I told her 'thank you,'" he said, according to court documents. "I had a knife in my hand. I remember hitting her and then I ran."

Police say her body had visible signs of trauma.

Apartment complex resident Adam Lottes told WTTV his two roommates were the ones who found the young woman's body around 6:30 a.m.

"He said he walked in ready to work out in the morning and just saw a body in its own pool of blood," said Lottes.

On Friday, the complex released a brief statement saying in part they were cooperating with authorities and that their thoughts and prayers were with the victim's family and friends, the station reports.

A search warrant of Weir's car, parked in a handicap parking space near the complex's main entrance, reportedly turned up a fixed-blade knife with possible blood on the handle and blade, a hooded jacket with a Batman symbol, a pair of jeans and work boots, all with possible blood.

In 2013, court records show he was charged with rape and criminal confinement with a deadly weapon in Hendricks County, but was later acquitted by a jury, the station reports.

An attorney for Weir isn't listed in court records and he has no listed telephone number to pursue comment.

Local woman Jessica Haines, who knows Weir from high school, told the station he sent her several lewd Facebook messages in the hours before and after the murder, and said she knows of at least 11 other women who received similar messages around the same time.

Haines said she hasn't spoken to Weir in a few years, but remembered him as having an "off-beat personality" and being "weird."

"This honestly doesn't surprise me," said Haines. "What surprises me is that this hasn't happened sooner."

Rodriguez had moved to Indianapolis from Texas just a few months ago, a longtime friend told the station. She was pursuing her associate's degree in the medical field at Brightwood College in Indianapolis.

"It's just so difficult to believe how this could happen to such a good person," friend Ashley Lazo told the station. "Everyone from friends and family to people she would just meet remembers her as so full of life."

Rodriguez leaves behind an 11-month-old son.

"There was no denying that she loved him more than anything in this world," Lazo said.