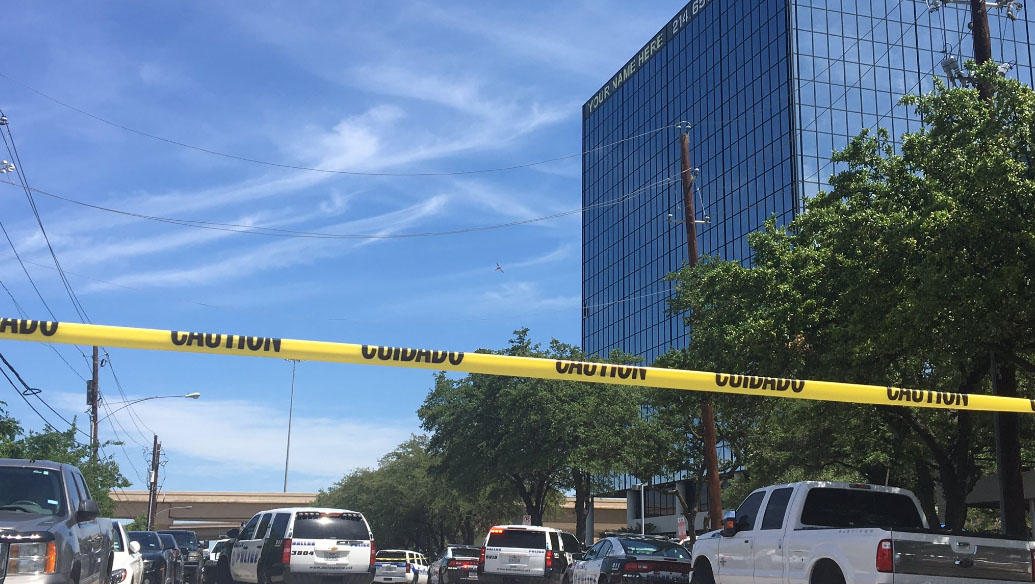 DALLAS -- Police responding to reports of a shooting in a Dallas office building Monday morning said they found a man and a woman dead inside a meeting room.

Assistant Chief Randy Blankenbaker says it’s believed the man fatally shot the woman, his supervisor, and then himself in the building on LBJ Freeway Service Road.

Officers responding around 10:45 a.m. went to the meeting room where they believed the possible shooter was located. Dallas Police say they used a shotgun to breach a locked glass door to enter the room, and one officer suffered minor injuries from the debris.

Some other people in the office building witnessed the incident, but no one else was injured, Blankenbaker said. Responders conducted a floor-by-floor search and evacuated the building.

Witnesses told CBS DFW they heard gunfire, and then were escorted out of the building via staircases by SWAT teams.