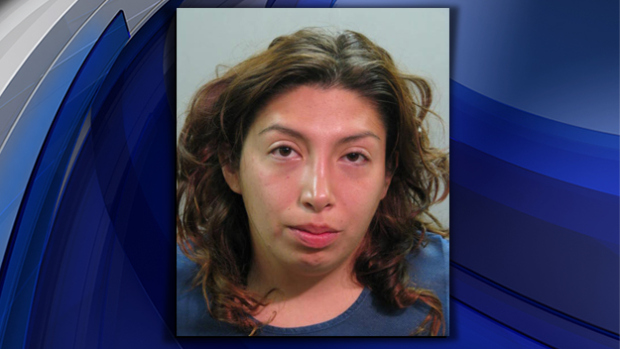 NEW HYDE PARK, N.Y. - A woman is facing charges after she allegedly crashed her car into a fire house on Long Island, with a stolen snake wrapped around her neck, reports CBS New York.

Sarah Espinosa, 22, was driving on Jericho Turnpike in New Hyde Park, N.Y., Monday evening when police say she drove over the center median and hit a car, before crashing through the front garage door of the local fire house, hitting two trucks, according to the station.

Fire personnel who rushed over to help Espinosa told police they found a small ball python wrapped around her neck, the station reports. The reptile allegedly was stolen from a nearby pet store.

"It was about two feet long," New Hyde Park Fire Chief Steven Waldron told CBS New York. "I thought it was a pet. I guess she's a snake person." Police said the suspect was also found to be in possession of marijuana.

The station reports Espinosa was taken to the hospital, where she was treated and released. There were no other reported injuries.

She pleaded not guilty Tuesday to charges of reckless endangerment, driving while intoxicated, unlawful possession of marijuana and petit larceny.

The snake was returned to the store, authorities said.

Bail has been set at $5,000, according to the station. A request to suspend Espinosa's license was also made. She is due back in court on Aug. 8.