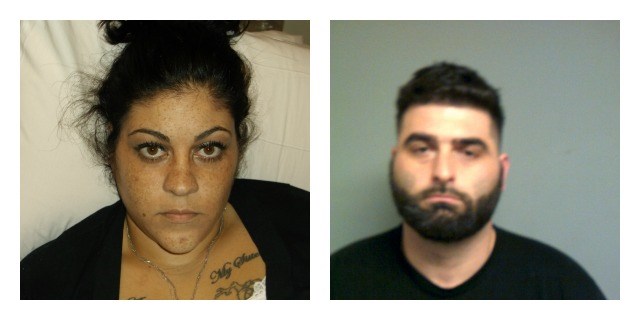 SOUTHBURY, Conn. -- A Connecticut woman tried to fake being pregnant to avoid an arrest on a larceny warrant, reports CBS affiliate WFSB.

Police say they responded to a Southbury Kmart Wednesday and found stolen items including watches and magic cards, worth $268, in the back of a car belonging to 33-year-old Giovanni Torcasio and his fiancée, Denajia Bishop.

After police arrested Torcasio, they reportedly learned that Bishop had an active warrant on first-degree larceny charges. When they informed her of the warrant, police say she said she was pregnant and was going into labor, right then and there.

After an ambulance was called, police say they discovered Bishop had $91 worth of stolen items underneath her sweatshirt, which only made her look pregnant.

She reportedly told investigators that Torcasio told her to hide the items under her sweatshirt because he saw the police come into the store. The woman was not charged for the alleged shoplifting.

Torcasio was charged with sixth-degree larceny.