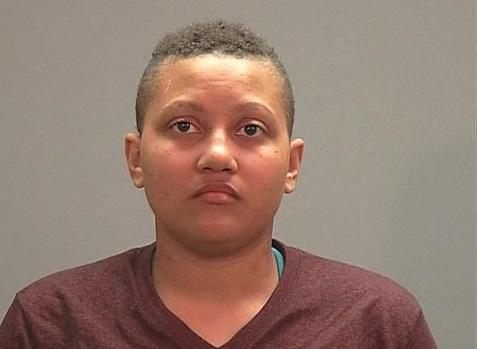 REDMOND, Wash. - A Washington woman accused of killing her wife and leaving her beneath a carpet in their shared bedroom told police it was a "mistake." Aterraka Scotland, 27, was arrested on Thursday for the murder of Tiffany Scotland, 26.

According to a police report, Aterraka and Tiffany were renting a room from a man who called police on the evening of April 3 after discovering Tiffany's body lying on a plastic garbage bag and beneath a rolled up carpet. Police say that when they arrived at the residence, the roommate said he had gone into their bedroom after becoming concerned because he hadn't heard from either in several days.

Police say Tiffany's body had a laceration to her neck and stab wounds in her abdomen and chest.

While they spoke with the roommate, police say Aterraka texted him and said she wanted to meet to pay the rent. Police met Anterraka near a bus stop and told her of Tiffany's death, then went with detectives to the Redmond Police Department for an interview.

According to police, Aterraka first said she didn't know Tiffany was dead, then changed her story and said that she and Tiffany had been wrestling when Tiffany fell and hit her head. She later said she found out Tiffany had been cheating on her and in an ensuing argument put the woman in a choke hold.

Police say Aterraka told them she panicked when she couldn't find a pulse and called two friends to help her. She also told police she heard the friends saying they had stabbed Tiffany to make it look like a robbery.

An official cause of death has not yet been released but police say it appears Tiffany had been deceased for several days.