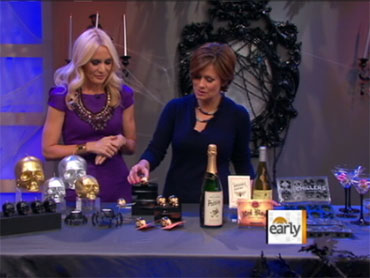 Police in Atlanta are using helicopters and blaring sirens to try to keep a fugitive atop a construction crane awake.

The man identified as Carl Edward Roland has been on the 18-story tall crane since Wednesday. He is wanted in Pinellas County, Florida, in the death of his former girlfriend.

Atlanta police say the man has told them he is thinking of killing himself. And police have closed off roads in the city's busy Buckhead neighborhood under the crane. They have also set up airbags on the roof of a building being constructed below him.

Police say the man has talked to them but is refusing food and water. He tried to stand several times but his legs were shaking so badly that he quickly sat back down.

Roland spent most of yesterday sitting on a metal grate on the crane's arm. At one point, he walked to the end of the crane beam.

The man got onto the crane around 5 p.m. Wednesday and was about 160 feet above the ground, telling police negotiators he was thinking of killing himself by jumping.

The drama unfolded in clear view of lunch crowds who packed restaurant patios on a sunny spring afternoon. Authorities closed the busy intersection where the crane is located, disrupting traffic in the city.

Roland, 41, was wanted by the Pinellas County, Fla. sheriff's department after the slaying of his former girlfriend, said Atlanta Police Chief Richard Pennington. The body of Jennifer L. Gonzalez, 36, was found Tuesday in a pond behind the apartment complex where she lived.

Atlanta police spokesman Sgt. John Quigley was not sure how the man got onto the crane, saying it was possible the construction crew had left for the day.

The fire department set up large air bags on the roof of the building being constructed below the crane. Police also called Roland's younger sister, Towana, who lives in Atlanta, to the scene to help in the effort.

She was not allowed to go up the crane to speak to her brother. A nearby hair stylist loaned her a mirror, which she used to reflect the sun and try to get his attention high above, shouting "Sugarfoot, it's your baby sister!" She said it had been eight years since she had seen her brother.