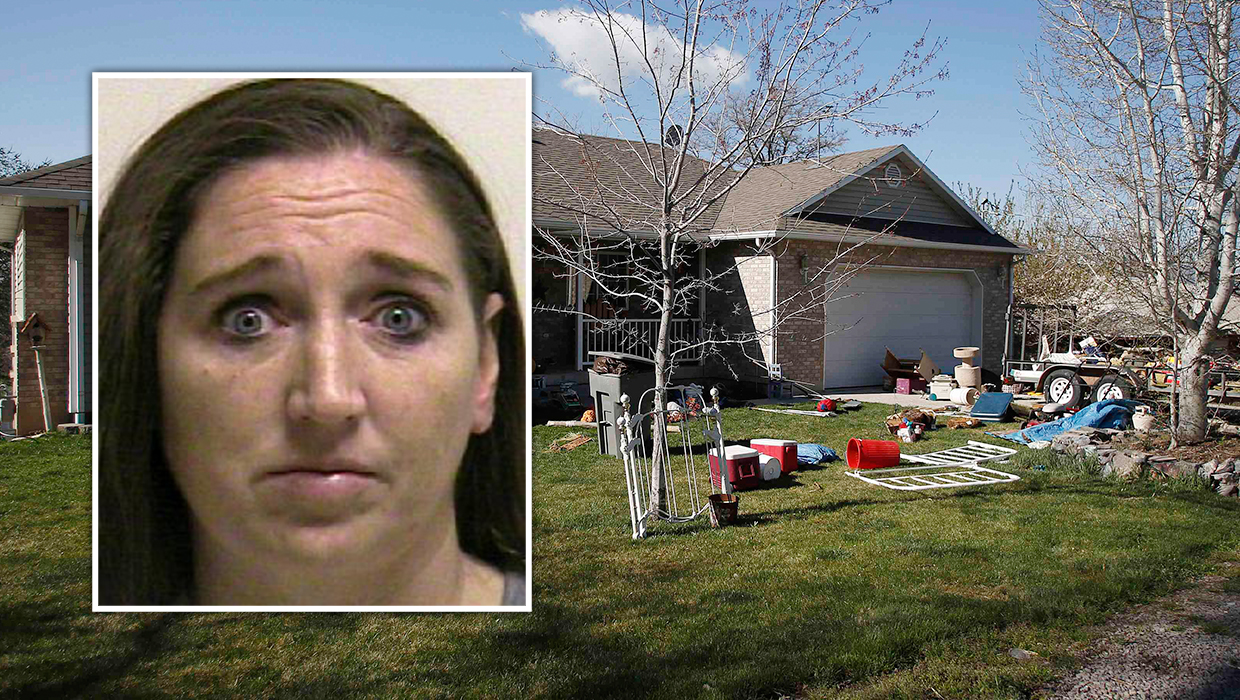 PLEASANT GROVE, Utah - Megan Huntsman, the Utah woman accused of killing six infants she birthed between 1996 and 2006, is suspected of hiding the pregnancies not just of her dead children, but also those of two of her three living daughters, Pleasant Grove Police Capt. Michael Roberts told the Deseret News.

Roberts told the paper that Huntsman, 39, apparently gave birth to all her children in her house, and said the woman did not see a doctor at all during her ten known pregnancies.

"I was told she hid the first two. The family didn't know about it until the day she delivered," he reportedly told the paper.

Huntsman is reported to have had three daughters who were living with her, the two eldest around 18 to 20 years old, and the youngest around 13.


Huntsman was recently pregnant by her current boyfriend, but even he didn't find out about it until she reportedly had a miscarriage, the newspaper reports, citing neighbors.

Capt. Roberts told the paper he believes authorities have identified a motive in the bizarre case, but declined to elaborate. He said neither drugs, alcohol nor mental illness appear to be factors. However, Roberts said, nothing has been ruled out.

Huntsman was arrested Sunday after her estranged husband discovered one of the infant corpses in a cardboard box in the garage of their home this past weekend. The six other infants were later found in the same garage.

Police say Huntsman acknowledged to officers that she killed six of the babies over the decade between1996 to 2006. She told police another baby was stillborn.

Roberts told the Deseret News that, based on interviews with Huntsman, investigators believe she is the mother of all seven babies and her estranged husband is the father, even though he told police he had no knowledge of the pregnancies despite the fact that they were living together.

DNA tests will reportedly be conducted by the FBI to determine the father and mother of each infant.

The Utah State Medical Examiner's Office had already completed autopsies on the babies. Roberts reportedly says he believes the medical examiner's office will compile autopsy reports and meet with police and Utah County prosecutors on Monday to review the case for criminal charges. He told the Deseret News that he did not immediately have any of the autopsy results.

Huntsman is being held on $6 million bond.