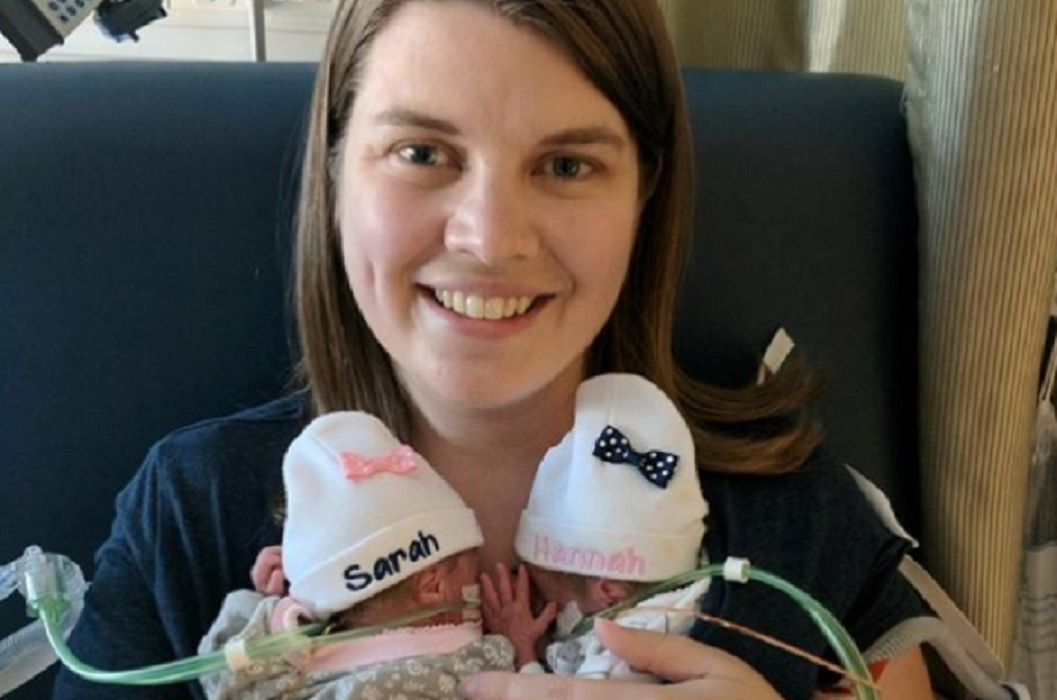 SANTA CLARITA, Calif. -- A 21-year-old Southern California woman who allegedly killed a mother of six in a head-on car crash was arrested Wednesday on suspicion of vehicular manslaughter and driving under the influence, reports the Santa Clarita Valley Signal.

The victim, Katie Evans, was reportedly on her way home from visiting her newborn premature twins in the hospital when she was killed in the Oct. 6 wreck. The suspect, Alexia Cina, was originally booked on suspicion of misdemeanor DUI.

"Katie couldn't go a day without visiting her brand-new twin girls in the hospital," friend Natalie Mortensen wrote in an online fundraising page. "She was a devoted mother, sister and wife and will be immensely missed."

Cina was arrested on the upgraded charges Wednesday after toxicology tests revealed she had a blood alcohol content of .21 at the time of the crash, the paper reports. The legal blood alcohol limit for driving in the state is .08.

"Obviously, there are consequences when things happen," Evans told the paper. "But I don't wish any more ill on anyone. I am trying to focus on my family."

On Wednesday, Cina was reportedly booked at the Santa Clarita Valley Sheriff's Station jail and her bail set at $200,000.