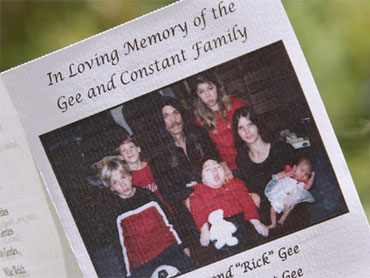 LINCOLN, Ill. (CBS/AP) Indictments released Wednesday claim two brothers, Christopher and Jason Harris, armed with a tire iron broke into a family's home in Beason, Ill. to rob them and assault a teenage girl before beating five people to death.

The most surprising part of the story is that the victims were known quite well to Christopher Harris. They were his ex-wife's family. And the ex-wife, Nicole Gee, is standing by her former lover. She has said she doesn't believe he could have killed her family.

Christopher Harris, 30, and Jason Harris, 22, are charged in the deaths.

The 68 counts against Christopher Harris and 71 against his brother include first-degree murder, attempted murder, variations of those charges and attempted sexual assault. Jason Harris also is charged with obstructing justice by burning his brother's clothes, hiding a stolen computer and lying to police.

The brothers pleaded not guilty to all the charges during a Wednesday court appearance.

The pair are accused of killing Raymond "Rick" Gee, his wife, Ruth, and three of their children last month. The Gee's 3-year-old daughter also was severely injured.

Christopher Harris had been married to one of Raymond Gee's daughters, Nicole. She was not at the Gee home at the time of the deaths and has not been accused of any wrongdoing. Nicole Gee attended Wednesday's hearing but has not spoken to reporters about the case.

The indictments offer the first hints of what prosecutors think took place at the Gee home in the tiny town of Beason, about 35 miles northeast of Springfield. 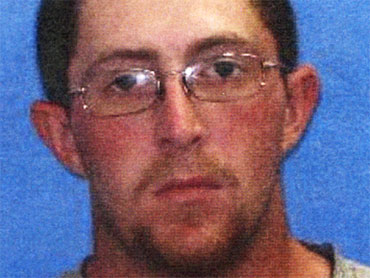 The brothers also planned to rob the family and took an Acer Aspire laptop computer, the documents say.

Until now, authorities had said only that the Gees and their children — Justina, 14-year-old Dillen Constant, 11-year-old Austin Gee and survivor Tabitha Gee — were the victims of blunt force trauma and a violent struggle had taken place.

They had said nothing about the weapon used or a possible motive.

Bloomington defense attorney Steve Skelton, who is representing Jason Harris, said after the court hearing that the case involves the most charges he's ever seen in a single criminal case.

During the hearing, Logan County Judge Thomas Harris, who is not related to the defendants, said the potential sentences range from 20 to 60 years in prison on some counts to life in prison or even the death penalty, if the state seeks it.