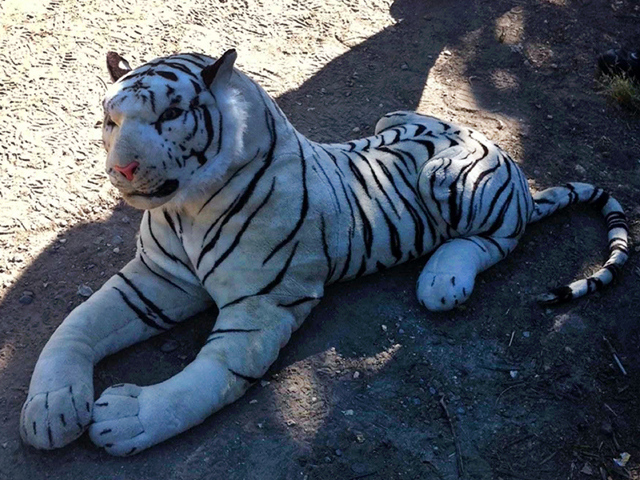 LONDON - Police scrambled helicopters and ordered tranquilizers to hunt what they feared was an escaped wild animal in southern England — but found that the tiger was a toy.

Hampshire Police say they responded after several residents called in to say they'd seen a white tiger in a field near a golf course in Hedge End, near the English coastal city of Southampton.

A tongue-in-cheek recorded message posted to the force's media line said that after "a brief stalk through the Hedge End savannah ... it became obvious that the tiger was a stuffed, life-sized toy."

A second message posted on Sunday emphasized police had a duty to take such sightings seriously. As for the renegade tiger, "it's being treated as lost property."