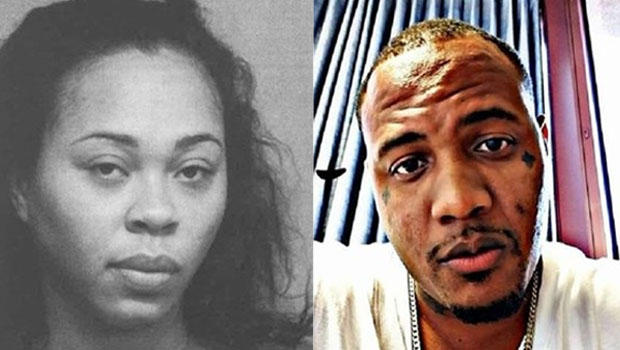 BAYTOWN, Texas -- Police say a Texas woman fatally shot her boyfriend as he slept and then dismembered his body inside their home, reports CBS affiliate KHOU.

Cierra Alexis Sutton, 30, has been charged with the murder of 32-year-old Steven Coleman, the station reports. Detectives say the gruesome crime took place on Aug. 16 at an apartment complex in the Houston suburb of Baytown. Friends reportedly say Sutton confessed and told them her ten-year-old daughter was in the living room at the time.

Detectives say Sutton and the victim had gotten into an argument the evening of the killing. Later, while the victim was sleeping, Sutton allegedly fatally shot him in the head. According to court papers obtained by the Houston Chronicle, she then allegedly dismembered the remains with a machete, wrapped them in sheets and duct tape, loaded them into her Jeep and disposed of them at different dumpsters.

Sutton herself then filed a missing person report on Aug. 18, the paper reports. She showed up at a police station and said she'd last seen Coleman two days earlier – the day of the killing – and that he'd left home around 10:30 p.m.

"She acted like she knew nothing about anything. She was trying to call him, hadn't heard from him," neighbor Mikki Rogers told KHOU.

Coleman's car was still parked at the complex, and family and friends told police they hadn't heard from him. Witnesses said they had seen him moving furniture out of the couple's apartment before his disappearance, the Houston Chronicle reports, and one friend told investigators Coleman had once said if he ever disappeared, police should investigate his girlfriend.

According to the Chronicle, police searched the couple's apartment about a week after the disappearance and found it "mostly vacant" with blood traces scattered across the bedroom, kitchen and bathroom.

A male torso believed to be Coleman's was discovered Aug. 22 at a Baytown landfill, the station reports. DNA has not positively identified the remains, but police say it matches the description of the victim.

Sutton reportedly said she would talk to Baytown police about the disappearance before Hurricane Harvey struck the area, but never showed up, the Chronicle reports. With the help of an anonymous tip, police tracked her to a New Orleans suburb, where she had allegedly fled with her daughter.

She was arrested there Thursday and charged with murder.

Detectives said several friends reported Sutton confessed to the crime, and said she dismembered the victim's body because he was too heavy to carry, KHOU reports. Friends also told detectives Sutton said her 10-year-old daughter was inside the apartment at the time.

It wasn't clear whether she had a lawyer.