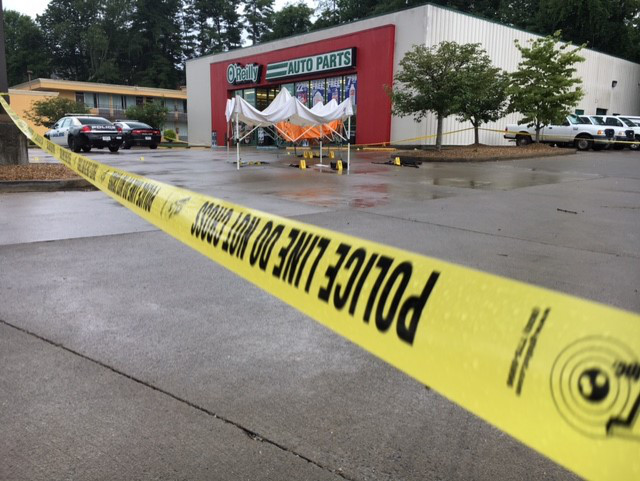 BRISTOL, Tenn. - The Tennessee Bureau of Investigation has released the name of the suspect behind Thursday morning's random shooting in Bristol, Tennessee that claimed the life of an area newspaper carrier and injured three others, including a local police officer.

The TBI says 37-year-old Lakeem Keon Scott was armed with at least two weapons, an automatic-style rifle, a pistol and a large amount of ammunition, reports CBS station WJHL in Tennessee.

According to the TBI, the victims were:

Preliminary findings indicate Scott may have targeted people and officers after being troubled by recent events involving African-Americans and law enforcement officers in other parts of the country.

The TBI said it was aware that other media outlets are reporting that white people were targeted in this shooting, but the bureau told WJHL it is not willing to go that far.

Investigators spoke with Scott Friday morning. Agents say "the work to develop a thorough understanding of his motivation for this incident remains central to the ongoing investigative work."

The Federal Bureau of Investigation, Bureau of Alcohol, Tobacco, Firearms and Explosives, the Sullivan County Sheriff's Office, and Bristol Tennessee Police Department are also assisting the TBI with this case.