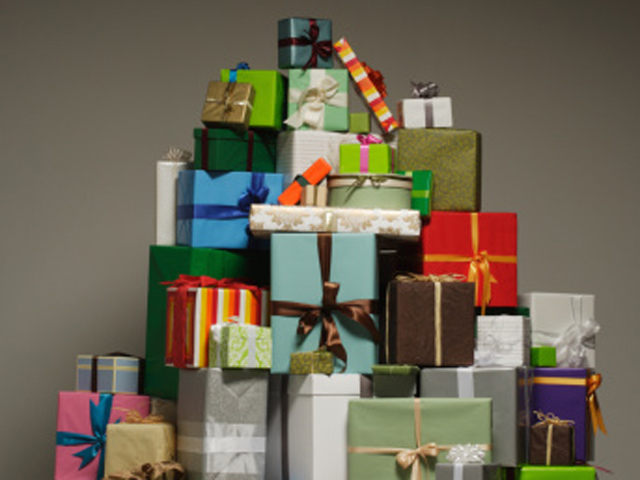 KALAMAZOO, Mich. - Christmas nearly came early for a 14-year-old boy  in Kalamazoo - but so did the police - who say they found the teen in a driveway, where he'd been seen by a homeowner unwrapping the presents he had stolen.

Kalamazoo Public Safety officers responded Thursday night following a report that someone with a handgun was seen opening a present outside. Police say the witness had confronted the suspect, who picked up a bag of Christmas presents and fled on foot.

An officer spotted the suspect, who was caught while trying to scale a fence. Investigators say he had a fake gun, along with the bag of real presents.

The boy is being held on suspicion of home invasion, pending a review by prosecutors.

Police determined that the presents came from a home near where the boy initially was spotted. All the missing presents were returned.