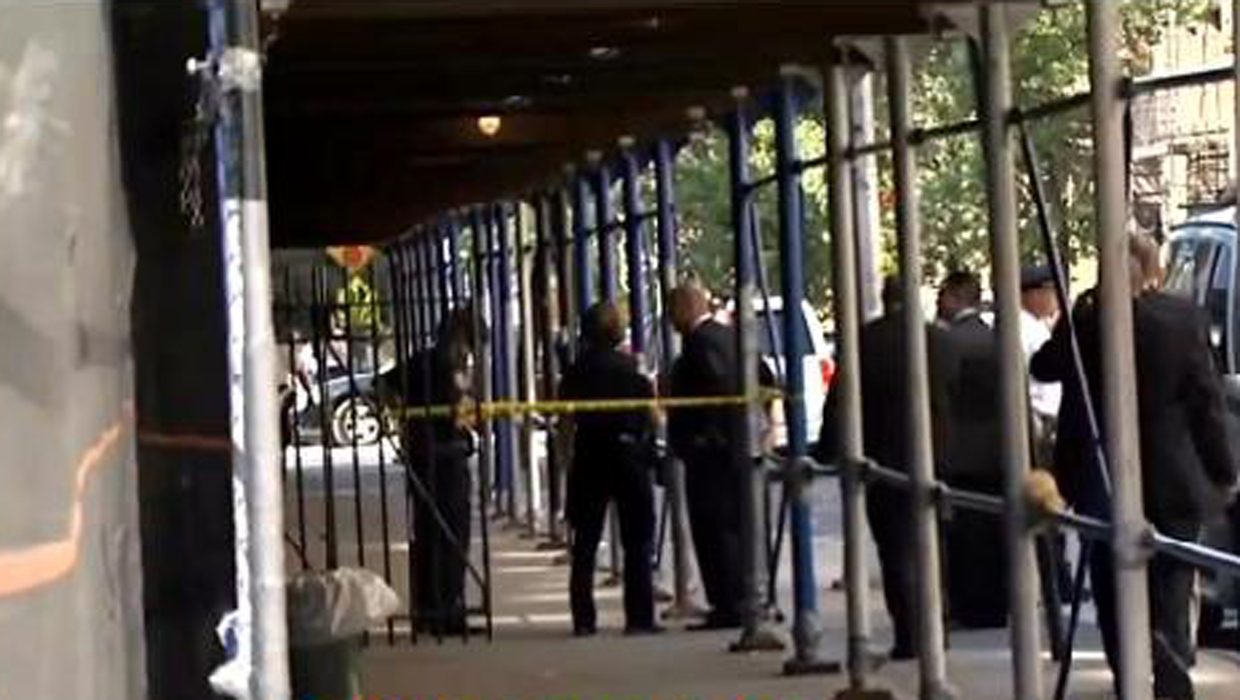 NEW YORK - A 14-year-old boy has been charged in the stabbing death of another 14-year-old student during a fight Wednesday afternoon outside a Bronx middle school.

Police said the victim, Timothy Crump, died after being stabbed several times in the stomach following the 3 p.m. fight Wednesday.

According to authorities, Noel Estevez, of the Bronx, was arrested and charged as an adult with second-degree murder and manslaughter. It wasn't clear if he had a lawyer.

A Department of Education spokeswoman said a knife was recovered.

Investigators believe the victim may have robbed his assailant at some point in the past but stressed they're still investigating what caused the dispute outside of I.S. 117 Joseph H. Wade middle school.

"The security guard put his gloves on and he started to help [the victim]," witness Jaylene Then told the station. "And then a teacher went to her car, and she got a towel so they could stop the bleeding."

Marisol Perez, a family friend of the stabbing suspect, told the station Estevez was acting in self defense and that Crump was one of a group of students that had been bullying the 14-year-old for months. "He hasn't been coming to school because he's been bullied," she said. "He tried to commit suicide two weeks ago. He was in the hospital for two weeks."

Neighbors also said some kids have come to the building where Estevez lives and called for him, warning him not to come outside, according to CBS New York. "Yesterday, just yesterday he said, 'I'm scared because they constantly, always threatening me,'" said neighbor Stephanie Arroyo. "He did it because he was scared. He say, 'If I don't do it, they're going to kill me.'"

However, those who knew the stabbing victim Crump told the station the boy was not a bully. "Timothy is not that type of person," said neighbor Tyrone Rivers. "He's not a trouble maker."

Some are criticizing school administrators for not doing enough to prevent this tragedy. Lazaro Batista, another neighbor of the suspect, told CBS New York: "People want to now look at it. You should have looked at it when [Estevez's] mother gave various reports to the [44th] Precinct, and various complaints to the school."

Schools Chancellor Carmen Farina says grief counselors will be sent to the school on Thursday.