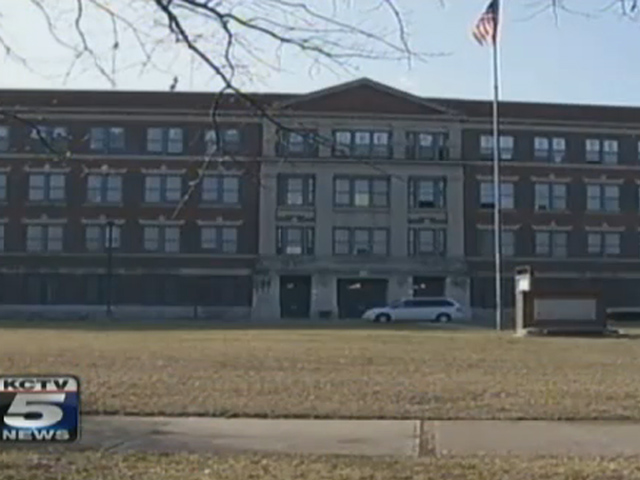 (CBS/KCTV) KANSAS CITY, MO - A 13-year-old high school student suffered first-degree burns after two teens poured gasoline on him and set him on fire as he was walking home from school.

CBS affiliate KCTV reports the teenager was rushed to Children's Mercy Hospital after the flames ignited. Police say his hair and face were burned.

The boy was walking home from East High School when he was attacked by two other boys around 3 p.m. Feb 28.

ABC affiliate KMBC reports that Melissa Coon said her son turned from the school's stadium onto Quincy Avenue and noticed two teenagers following him. She said the teens followed her son home and attacked him outside his front door.

"They rushed him on the porch as he tried to get the door open," she said. "(One of them) poured the gasoline, then flicked the Bic, and said, 'This is what you deserve. You get what you deserve, white boy.'"

The second teen then used a lighter to ignite the gasoline, which "produced a large fireball burning the face and hair" of the victim, according to a Kansas City Police Department report.

The teen's father, 36, said he wants to prosecute the suspects. The boy is white, and the two suspects are black. Police are investigating whether this was a hate crime.

Police are asking for the public's help in locating the two suspects who are described as being around 16-years- old. One was wearing a blue beanie, blue jacket and blue-green Nike Air Jordans with #23 written on the shoes. The second suspect was wearing a black hoodie and black sunglasses with silver on the side.