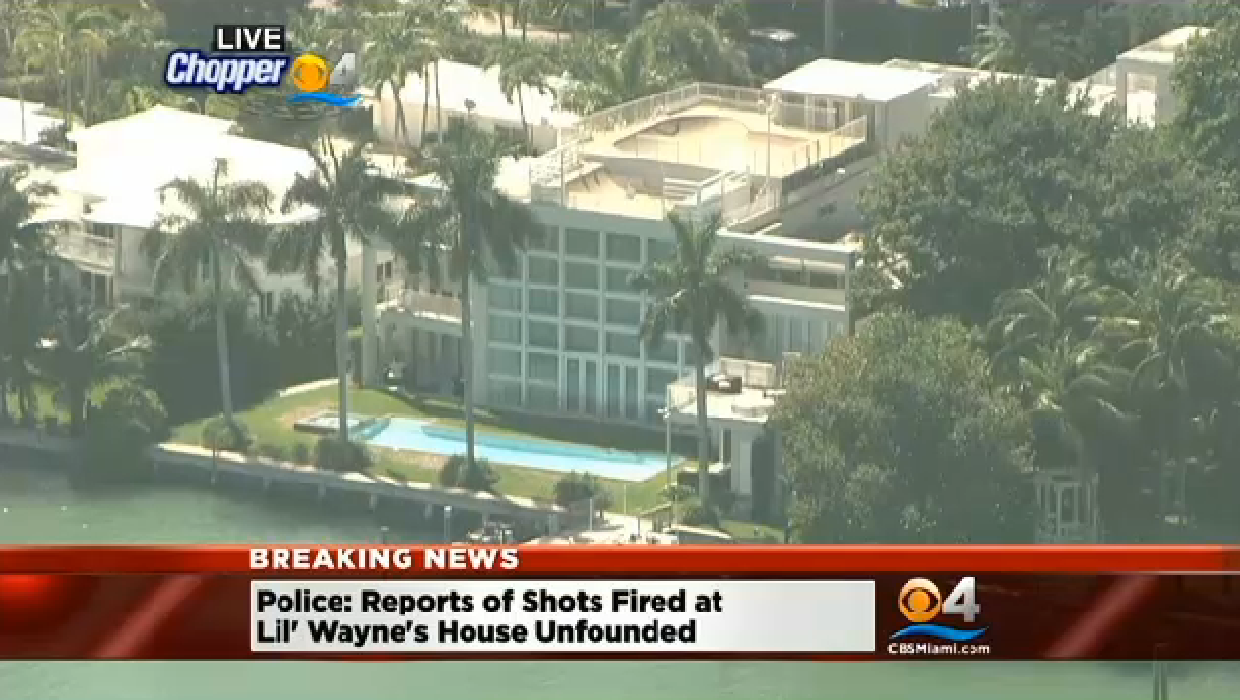 According to a post on the Miami Beach Police Department Twitter page, authorities say a call received Wednesday reporting four people had been shot at the waterfront home appears to have been an incident of "swatting."

911 prank calls are commonly referred to as "swatting" because they sometimes bring SWAT teams to the victims' home. In this case, a SWAT team did enter the rapper's home and determined there was no threat and no victims, police say.

Miami Beach Police Spokesman Ernest Rodriguez previously told CBS News that authorities received a call at around 12:45 p.m. Wednesday on their non-emergency line saying there were multiple shots fired at a home in Miami Beach - later identified as Lil Wayne's.