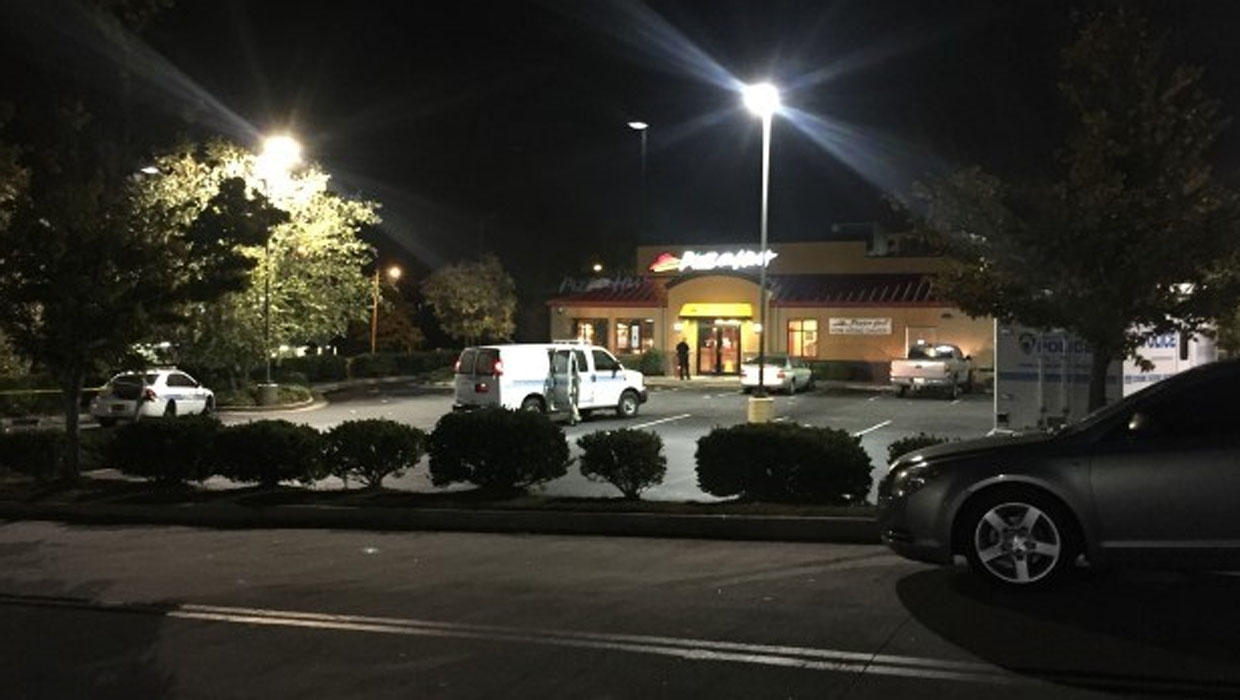 CHARLOTTE, N.C. -- Charlotte police say a pizza restaurant employee used his own handgun to shoot and kill one of three armed robbers holding up the store.

The Charlotte-Mecklenburg Police Department said it happened early Sunday at a Pizza Hut restaurant near Interstate 85 in west Charlotte. Detectives say the restaurant was closed and there were no customers inside.

Police say their initial investigation indicates three people entered the restaurant around 1:40 a.m. Sunday and were in the process of robbing it when one of the employees used his personal handgun to shoot one male thief.

A police statement Sunday night identified the person shot and killed as 28-year-old Michael Renard Grace. Police told CBS affiliate WBTV Grace was carrying a gun when he was shot and they recovered the weapon at the scene.

In a statement released to WBTV, PizzaHut said the local franchisee is cooperating with the police department but they “want to stress that the security of its staff is of the utmost concern.”

The employee involved in the shooting has been placed on a leave of absence following further review, the statement said.

The two other suspects ran away and haven’t been captured.