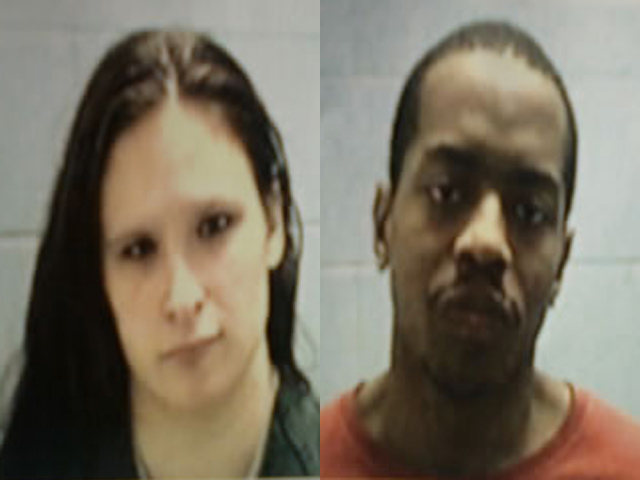 CBS affiliate WOIO reports that Kimberly Whitcomb, 20, and Maurice Bonton, 29, were arrested on January 13 for allegedly begging outside of a bar in Sandusky, about 60 miles west of Cleveland.

Police say the pair sat in jail for over 16 hours before Whitcomb told them she had left her 2-month-old home alone, according to WOIO. When officers arrived at the couple's home, they found the baby girl strapped in her car seat with a dirty diaper.

According to CBS Cleveland, authorities said when they tried to feed the baby they found no edible food or drink in the apartment.

Whitcomb and Bonton are each charged with child endangerment and panhandling, WOIO reports.