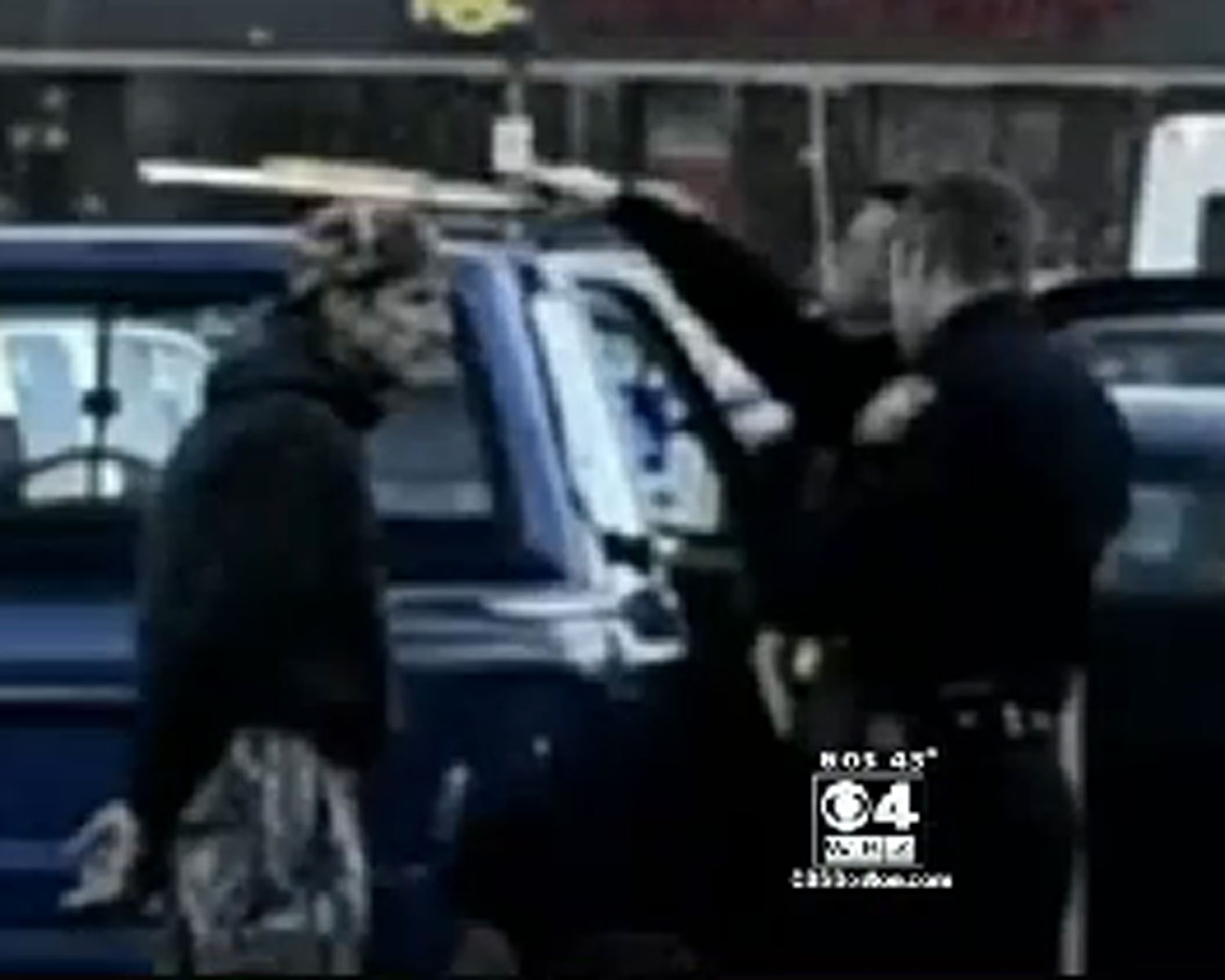 MANCHESTER, N.H. - Police say a southern New Hampshire man pulled a shotgun on another motorist because he didn’t like how the second man parked in a supermarket lot, CBS Boston reports.

Fifty-three-year-old Richard Sinotte was pulling his pickup truck into a parking space at Hanaford Supermarket in Manchester when he started yelling at a man in a neighboring space. The station says Sinotte apparently thought the second man was encroaching on the space where he was trying to park.

According to CBS Boston, the second man 38-year-old Craig Driggers with his 1-year-old daughter in the backseat of an SUV. Driggers' 62-year-old mother was busy loading groceries into the trunk.

The two men reportedly argued back and forth as Sinotte continued to try to pull into the tight space.

Driggers gave the station the following account:  "I said to him, ‘look man there’s an infant in this car don’t hit this car it’s not gonna be good. At that point he reached down and pulled up a firearm, which I guess later on was found to be a shotgun and said something to the effect ‘well how good do you think it’s gonna work out for you?”"

According to Driggers, Sinotte then raised a rifle through the window of his pickup and made a threatening statement.

“He just acted like a complete maniac,” Driggers said.

When police arrived, Sinotte was outside of his pickup truck and police said they could see a 12 gauge Remington shotgun and 10 shells on the passenger seat.

They arrested Sinotte and charged him with one count of felony criminal threatening.