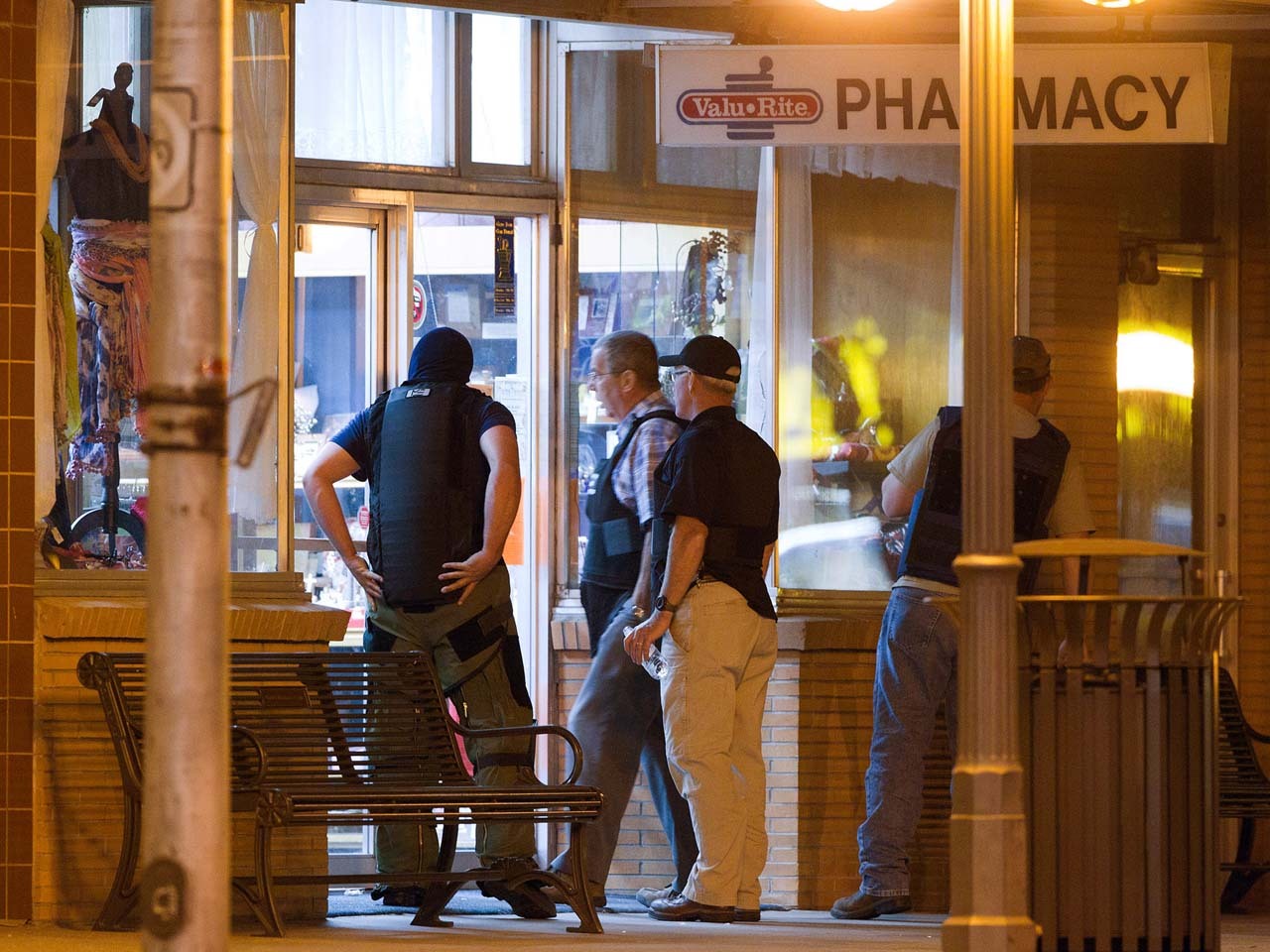 (AP) OMAHA, Neb. - Officers found a man dead at his Nebraska Panhandle home about an hour after his son launched a failed bid to rob a nearby pharmacy that escalated into a lengthy hostage situation and shoot-out with police, authorities said Wednesday.

The body of Larry Gonzalez, 62, was discovered Tuesday morning at his house soon after Andres Gonzalez, 27, began his 14-hour standoff at the Thiele Pharmacy & Gifts in downtown Alliance, Nebraska State Patrol spokeswoman Deb Collins said in a statement.

Collins did not explain what led law enforcement officers to check the home that the father and son shared, nor what caused the older man's death. Andres Gonzalez was shot to death early Wednesday as police closed in to arrest him and end the pharmacy heist.

Much of downtown Alliance remained blocked off Wednesday and authorities released little new information as the investigation continued in the small, remote city that lies about 370 miles west of Omaha.

"This is a very complex and involved investigation," said K. J. Hutchinson, Box Butte County Attorney. A grand jury will review the case because officers were trying to arrest Andres Gonzalez when he died.

Andres Gonzalez entered the pharmacy before 9 a.m. Tuesday and police officers arrived soon after in response to reports of a robbery. At that point, Gonzalez shot one police officer, Kirk Feller, 43, who was in stable condition, Collins said.

Gonzalez kept the pharmacy owner hostage for hours. Charles Lierk, 62, fled from the pharmacy around 4:30 p.m., although he was shot in the back and arm as he ran to safety. Lierk was in stable condition. Collins did not explain how he managed to escape.

People who work in downtown Alliance spent Tuesday locked inside their offices watching the scene while elsewhere in the city people listened to radio reports on the standoff.

Thiele Pharmacy employee Connie Seidler said she was on her way into work Tuesday when she heard about the standoff and turned around. All day she fielded calls from friends checking if she was safe.

Another pharmacy employee who wasn't working, Jo Vejraska, said the standoff shook up everyone in Alliance.