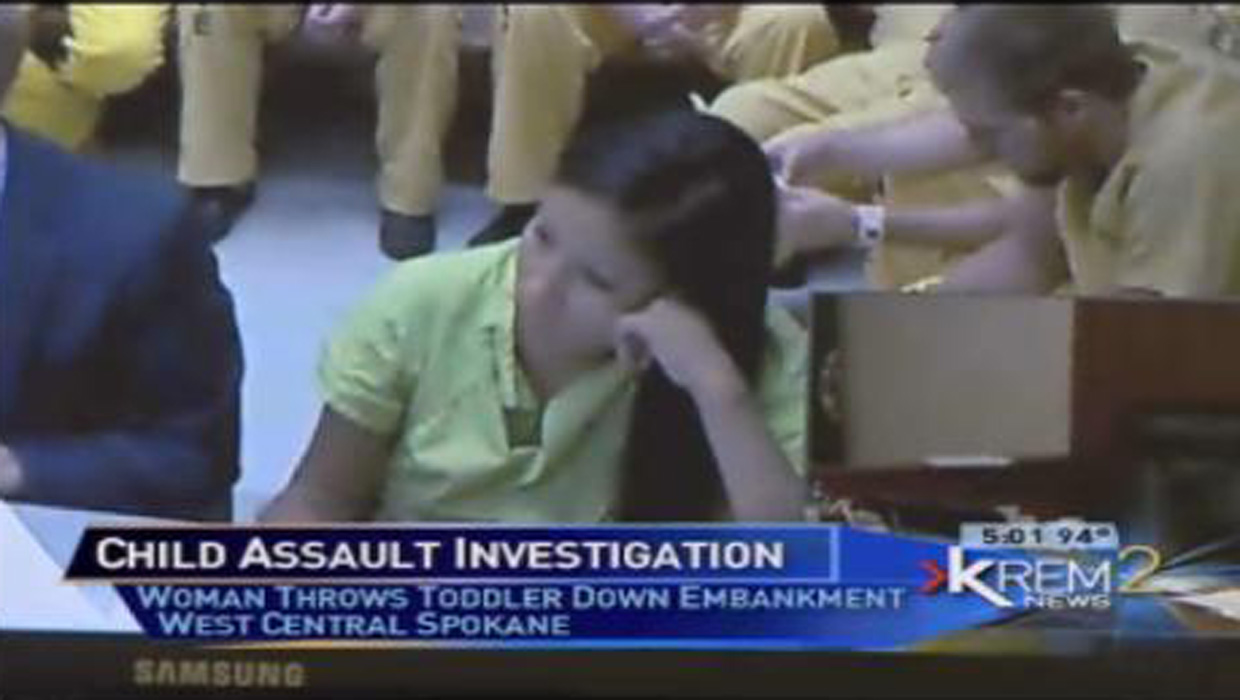 SPOKANE, Wash. - A woman accused of throwing her 1-year-old down a 50-foot embankment in Washington is claiming the devil made her do it, reports CBS affiliate KREM. The baby survived the fall.

Police said 25-year-old Destiny Ahenakew tossed her son into the air, over a fence and down the embankment on Saturday afternoon in Northwest Spokane, according to the station. She was arrested and booked into jail for first-degree assault of a child. However, detectives said the charge could be upgraded to attempted murder.

The station reports that a man was working on a home in the area when a woman and her child approached him and asked for water, authorities said. The man told officers that he obliged before deciding to call the police out of concern that Ahenakew and her son had nowhere else to go.

The man said he saw the mother throw the 1-year-old over the fence. The boy then fell 50 feet down an embankment and hit a tree.

Witnesses told officers that Ahenakew took out a bible and prayed before making the throw. Court documents stated she told a witness "the devil made me do it."

Another person who was at the scene managed to reach the baby and bring him up the embankment to safety, reports KREM. Officials said the child was taken to a hospital with non-life threatening injuries. The boy is currently out of the hospital and in the custody of family members.

Ahenakew has had run-ins with Spokane Police in the past, according to the station, but nothing related to violence until now. Authorities said she was recently arrested for driving a stolen car.

In court Monday, bail for the suspect was set at $50,000. Prosecutors have requested that, if Ahenakew posts bail, it be mandatory she cannot use methamphetamine. Police would not comment on whether the suspect was under the influence of drugs during Saturday's incident.