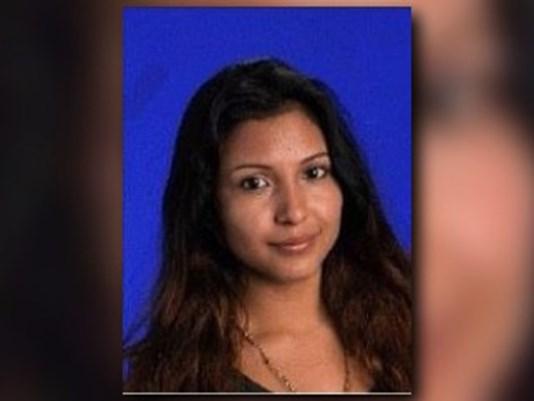 SPRINGFIELD, Va. -- Remains found near a northern Virginia park have been identified as those of a missing 15-year-old Maryland girl, and police say another missing girl from Virginia could be linked to the case.

The Office of the Chief Medical Examiner said Monday that Damaris A. Reyes Rivas, of Gaithersburg, Md., was found dead Saturday in a Springfield, Virginia industrial park.

The death has been ruled a homicide, as investigators say the victim suffered trauma to the upper body. She was found near Lake Accotink Park.

Tuesday, Fairfax County police announced that 17-year-old Venus Lorena Romero Iraheta, who was reported missing Jan. 15 from her Alexandria, Va. home, is acquainted with Reyes Rivas. The exact nature of their relationship was unclear.

Police say Iraheta is now considered endangered. They asked anyone with information about her whereabouts to come forward. They are investigating gang links in both cases, but are releasing few details about how they believe the two cases may be connected.

Anyone with information is asked to call 703-246-7514, or submit a tip online at www.fairfaxcrimesolvers.org