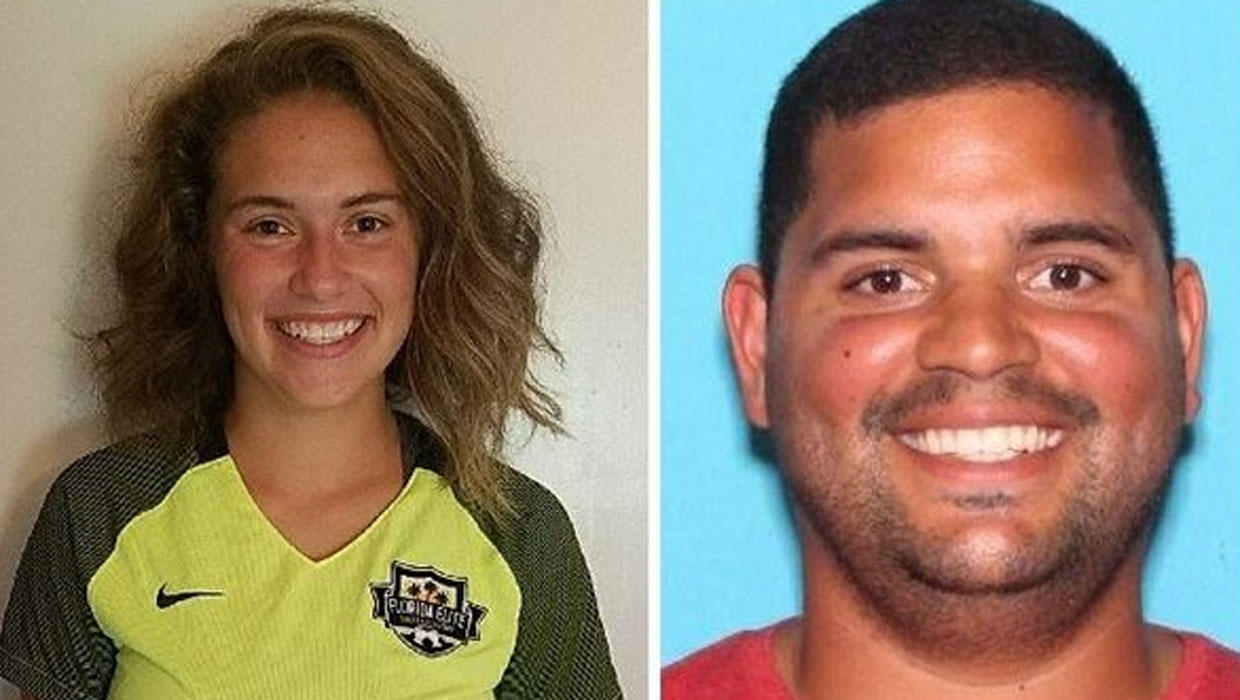 COLUMBIA COUNTY, Fla. -- Police are searching for a missing northern Florida teen who is believed to be with a high school soccer coach, reports CBS affiliate WJAX.

17-year-old Caitlyn Frisina is believed to have left her home in Columbia County voluntarily sometime late Saturday night or early Sunday morning and was reported missing by her parents, according to the Columbia County Sheriff's Office. Investigators tell the station she is believed to be with 27-year-old Rian Rodriguez, the head boy's soccer coach at Fort White High School, where Frisina is a student and reportedly plays on the girls' soccer team.

The missing teen's mother Scarlet Frisina told News4Jax Rodriguez has coached her daughter in the past and described him as a longtime family friend. Police said in a missing persons report they obtained a text message the girl sent to a friend that indicates she is with Rodriguez and that there "may be a relationship" between Frisina and the coach.

According to the report, Frisina left her home through her bedroom window, taking some clothes and her wallet but leaving her cellphone, which had been erased of data. The teen reportedly withdrew $200 from an ATM in St. Mary's, Georgia on Sunday. Rodriguez' cellphone is turned off, the report says.

The Columbia County School District released a statement to WJAX saying they are cooperating with authorities and have suspended Rodriguez.

"The employee has been suspended pending this investigation and is no longer serving in the supplemented capacity as Head Boys' Soccer Coach at Fort White High School," the statement read. "Depending on the outcome of this investigation the information may be sent to [Florida Department of Education] to determine if any violations of the Principles of Professional Conduct for the Education Profession in Florida or local School Board Policy have occurred."

In a Facebook post, the teen's father pleaded for her to contact him. Ward Anthony Frisina shared a photo he took with his daughter ten days ago when they were headed to her first game at a soccer tournament.

"Soccer was a love that we shared," he wrote. "We are now in the third day of her missing and having no contact with her. She left with only a few clothes. She left her phone. Her family loves her and more than anything else wants to know she is safe and not in danger! Help us get in contact with her anyway possible!"

Rodriguez and the teen may be traveling in a red Mercury sable with Florida tags Z04CSC, investigators say. Anyone with information is asked to call Detective D Marszalek at 386-719-2005.