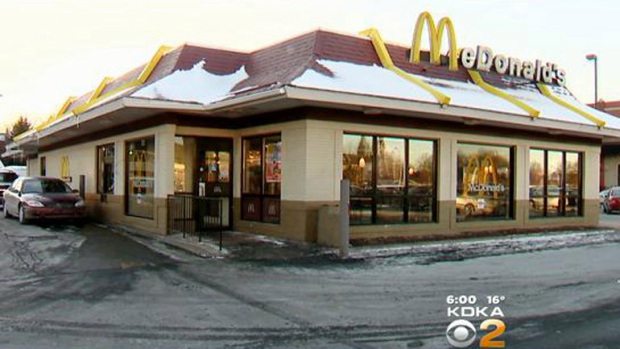 Employee Shania Dennis was taken into custody after the District Attorney Narcotics Enforcement team received information that she was using the Pittsburgh fast food restaurant to sell heroin. Undercover agents and officers in the area set up a controlled buy on Wednesday afternoon that led to the arrest.

Customers interested in the narcotic were told to go through the drive-thru and say, “I’d like to order a toy.” Then, they would proceed to the first window and pay for a Happy Meal box containing heroin, according to police.

It is unknown how long this particular exchange has been going on.

Earlier in January, a McDonald’s employee in Murrysville, Pa. was arrested for selling heroin.

According to detectives, there is no evidence to support the idea that Wednesday’s bust is related to potentially lethal batches of heroin being sold in Western Pennsylvania.