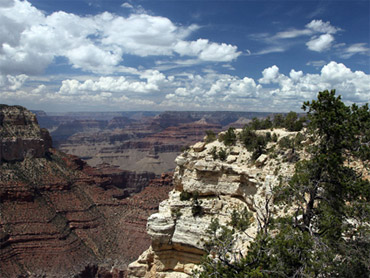 GRAND CANYON NATIONAL PARK, Ariz. - Authorities in Arizona say a man has survived after apparently driving his car off the South Rim of the Grand Canyon.

The name of the 21-year-old motorist hasn't been released, but park officials say he was treated Monday at Flagstaff Medical Center for non-life threatening injuries.

Park rangers located the man's car some 200 feet below the rim, lodged against a tree.

Authorities say a park visitor reported finding an injured man in the roadway at about 7:45 a.m. Monday. The man told the visitor he had accidently driven his vehicle over the South Rim.

Responding park rangers say the injured man told them he extricated himself from the crashed vehicle and climbed up to the rim to seek help.