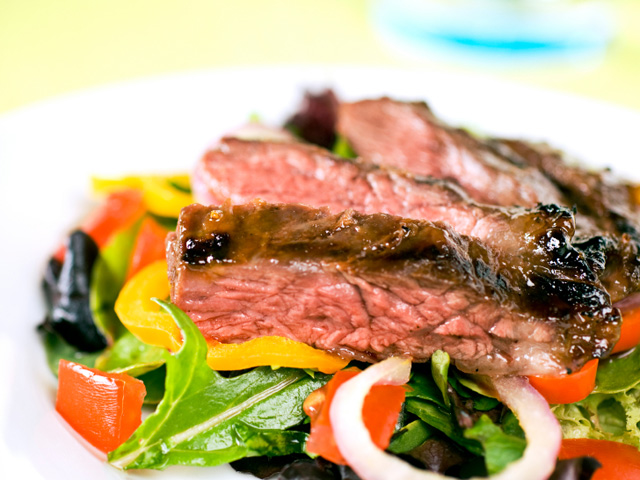 (CBS/AP) BELMONT, N.C. - A Belmont man has been arrested and charged with stabbing his girlfriend in the head and cutting off her pinky finger over the taste of a steak dinner.

Michael William Nivens, 37, was charged Monday with assault with a deadly weapon. He's being held in the county jail without bond.

According to a police report obtained by CBS Charlotte, authorities found 32-year-old Jennifer Wear "covered from head to toe with blood" after being stabbed by her boyfriend on Feb. 5.

Wear told police that Nivens drank five 24-ounce beers that night and that he kept insisting that she was trying to hurt him, the station reports.

Investigators say Nivens woke his girlfriend after she went to bed Monday and told her the steak he had eaten for dinner earlier tasted different from hers.

According to CBS Charlotte, Wear claims Nivens came into the room telling her that he loved her and repeatedly asked her why she wanted him to die. Police say Nivens then stabbed her in the forehead repeatedly, sliced her neck and slashed two of her fingers, cutting offer her pinky finger.

Police say Nivens called them and told them he had assaulted his girlfriend.

She was treated and released from a local hospital.