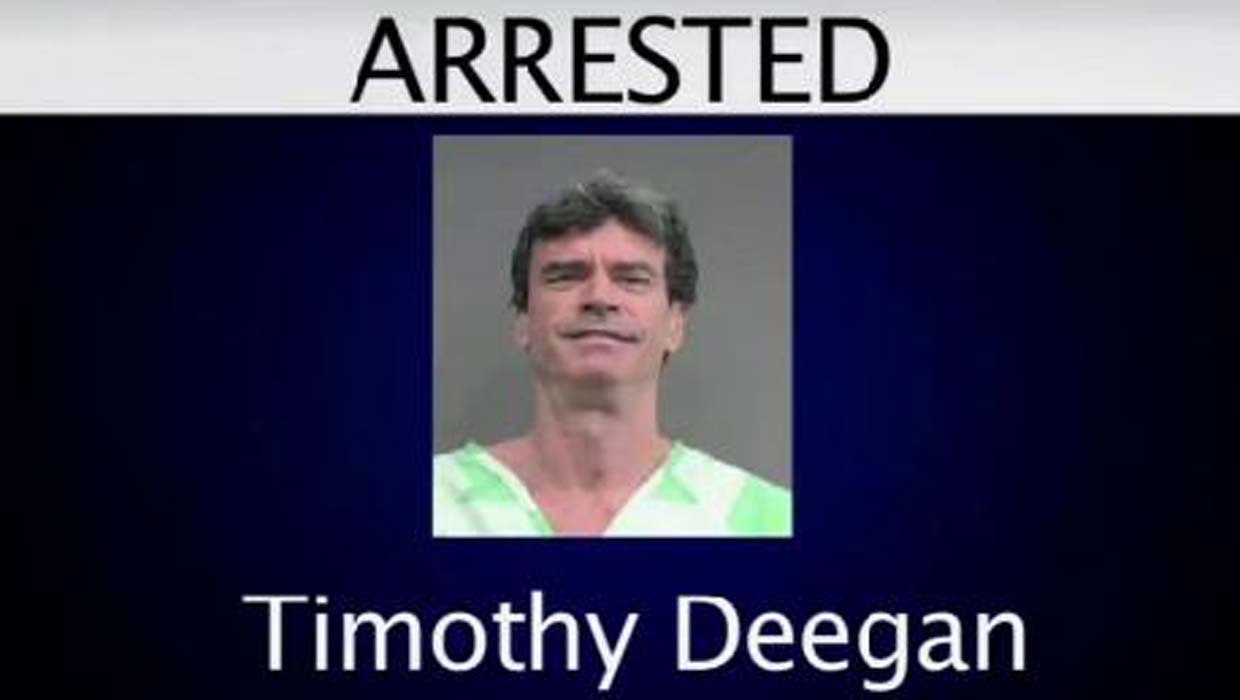 Timothy Deegan, 53, is facing three counts of human trafficking, and deputies say they were made aware of the well-known Alachua County accountant's alleged crimes back in December, when deputies arrested the suspect on sexual battery charges. The Gainesville Sun reports Deegan was arrested last Friday.

According to the Alachua County Sheriff's Office, the incident in December led to further investigation which uncovered evidence of drugs, prostitution and human trafficking.

"[Deegan] has been having females live in his residence," Sgt. Becky Butscher told the station. "He has been providing them drugs in exchange for sex. He has also been providing transportation, hotel rooms, in order for them to participate in prostitution activity."

Butscher said the suspect kept tabs on the unidentified victims using video surveillance, and would track them with the GPS on their cell phones.

"He has recorded the sex acts, and he has controlled the females by providing drugs to them, by creating traps inside the residence," said Butscher.

Cindy Schirmer, Deegan's neighbor, told WGFL that their small, quiet neighborhood of Meadowbrook Ridge, in Gainesville, has been rocked by the news. "We felt like this was just the safest, nicest neighborhood.... It's just really hard for our neighbors to feel safe having him here," she said. "He's not welcome here."

Deegan is currently behind held in the Alachua County Jail on $300,000 bond, the station reports. In addition to the human trafficking charges, Butscher says the suspect could face charges for drugs and video recordings of sexual activity.