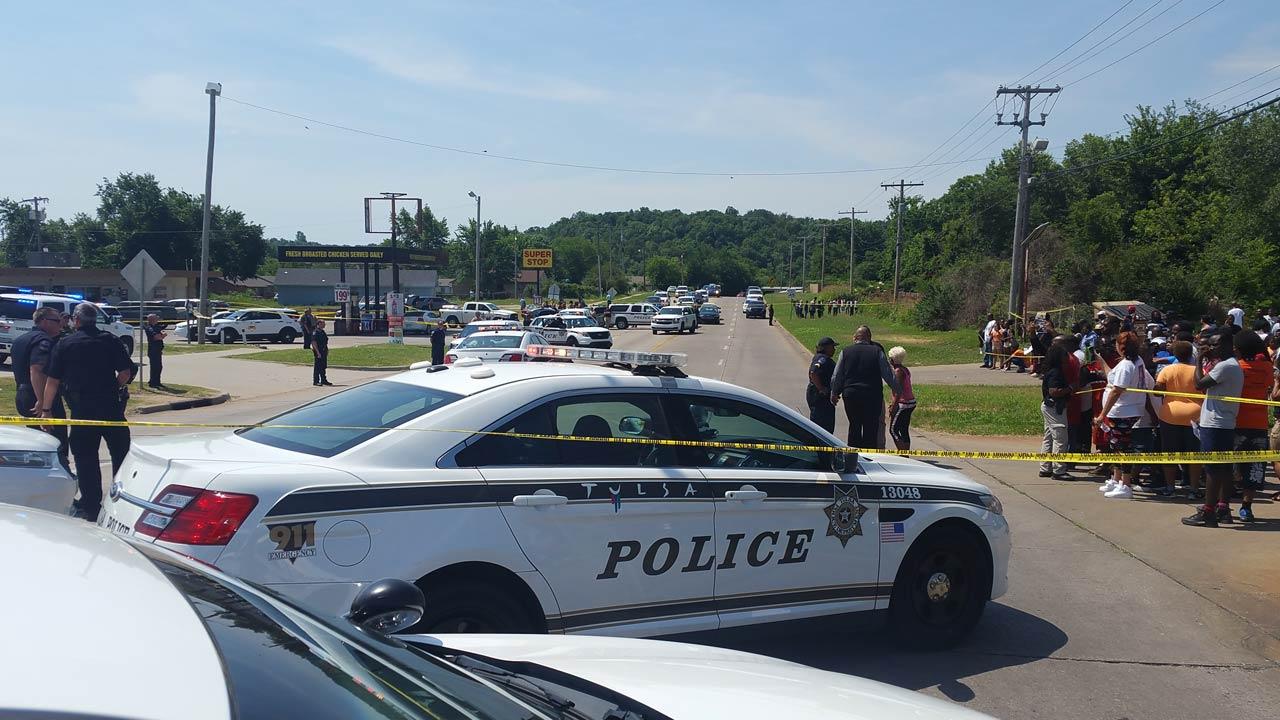 The shooting happened at the Super Stop convenience store around 10 a.m.

Tulsa Police officer Leland Ashley tells the station the incident began when Tulsa County deputies went to a home to serve a civil pickup order to transport a man to a mental health facility. Ashley told the station the man walked south to the convenience store armed with two knives and that police received at least two 911 calls about him.

Police say the deputies and the officer shot the man as he tried to enter the store because there were people inside, the station reports. Ashley said the man was 29, but police haven't released his name.

A large crowd gathered at the scene Friday morning after the shooting, and by noon the crowd had swelled to about 200 people, the station reports. The Tulsa Police Department and the Tulsa County Sheriff's Office sent many more officers to the scene, some wearing riot gear.

Tulsa is still reeling from the Sept. 16 police shooting of Terence Crutcher. Tulsa officer Betty Jo Shelby killed the 40-year-old on a city street where his SUV had stalled, and the death sparked protests and outrage.

Shelby stood trial and was found not guilty last month of first-degree manslaughter.