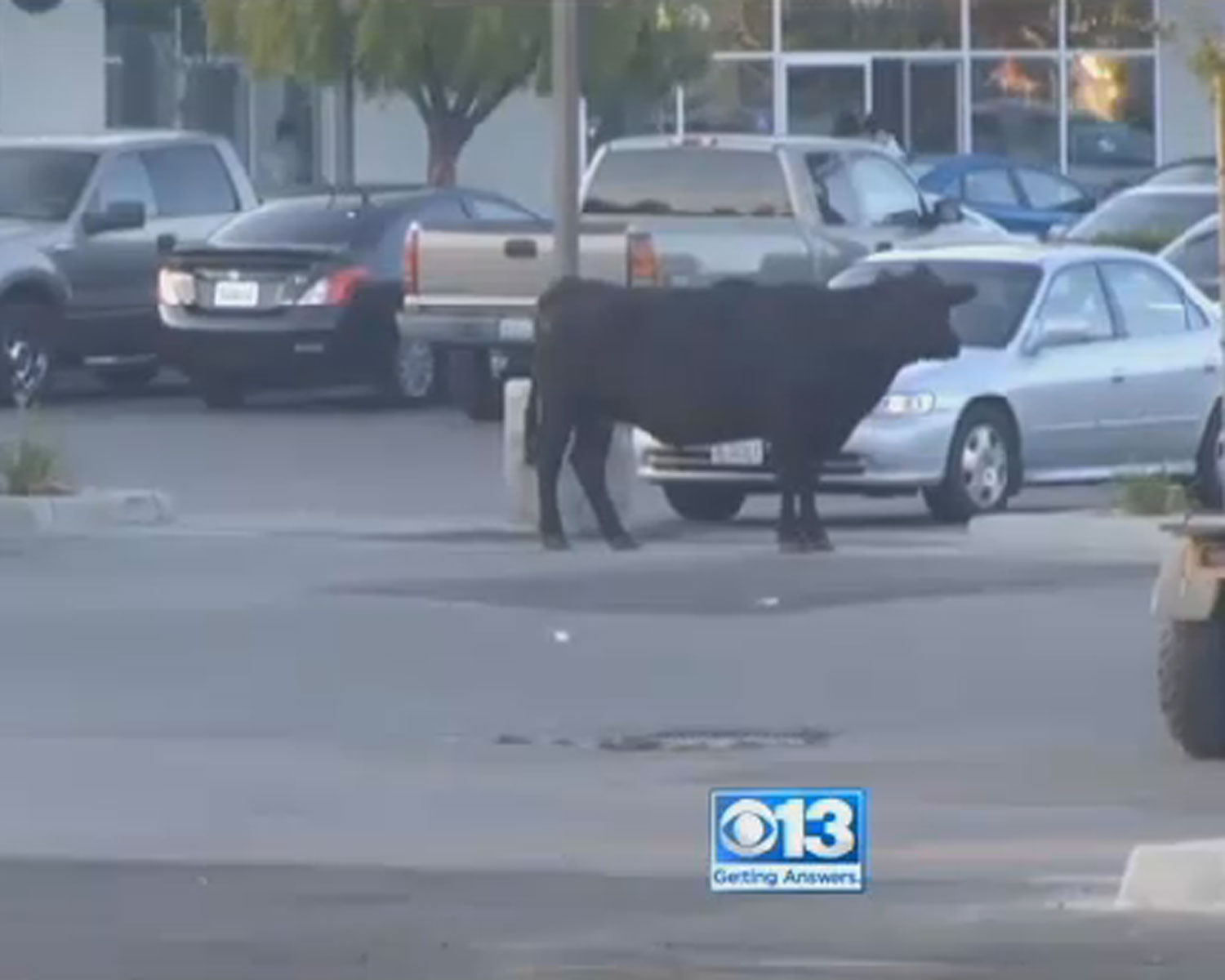 ELK GROVE, Calif. - It took a cowboy riding a horse, swinging a lasso, to finally corral a cow that eluded authorities for several hours Wednesday morning near Sacramento.

According to CBS Sacramento, the first reports came in around 3:15 a.m. about a black cow walking along Highway 99. An hour or so later, the cow was in a shopping center parking lot in Elk Grove.

From there, the cow moseyed a ways further to near the city's Masonic Cemetery.

Authorities made many unsuccessful attempts to take the cow "into custody." Just after 6:30 a.m., the animal was surrounded by police - obviously scared (the cow, not the police).

"When you're dealing with an animal that's afraid, that's frightened, you never know how they can react," Officer Chris Trim with the Elk Grove Police Department told CBS Sacramento.

Around 7:30 a.m., a cowboy riding a horse managed to corral the cow with a lasso.

"This is everyday stuff," said J.R. Hardesty, the cowboy who brought the bovine back to civilization.

It's not clear who owns the cow.