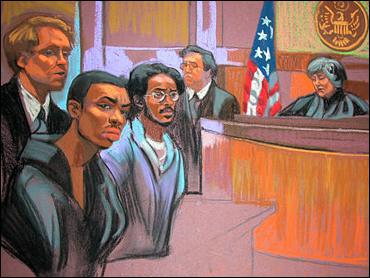 A Greenwich multimillionaire who was kidnapped last weekend was snatched from a parking garage at his office and blindfolded before he was brought to a hotel in Hamden, a source close to the case disclosed Tuesday.

The source, who spoke on condition of anonymity, offered some of the first details of the alleged kidnapping. Two men and a juvenile have been charged with the crime but records have been sealed as authorities searched for a fourth suspect.

The Federal Bureau of Investigation on Tuesday identified the fourth suspect as Renaldo Rose. Rose, 23, of the New Haven area, is wanted on charges of conspiracy and should be considered armed and dangerous, the FBI said.

Edward S. Lampert, 40, chairman of ESL Investments Inc., was abducted Friday at about 7:30 p.m. and dropped off unharmed at an undisclosed location in Greenwich at about 2:50 a.m. Sunday, police said.

Lampert is the second-richest person in Connecticut, with a net worth estimated at $800 million.

Lampert offered his abductors at least $5 million if they let him go, a gesture that may have saved his life, The Hartford Courant reported Wednesday, citing law enforcement sources it did not identify. It was unclear whether Lampert gave money to the kidnappers.

The newspaper also reported that the kidnappers apparently dropped Lampert off at an I-95 exit ramp less than a half-mile from the Greenwich Police Department.

Federal and local authorities believe Rose, an ex-Marine, was the ringleader who bought weapons and planned the abduction using an Internet search of chief executive officers of numerous companies, The Courant reported. It was unclear why Lampert was chosen as the target, authorities said.

Rose had followed Lampert for several weeks, the Greenwich Time reported, citing a source close to the investigation whom it did not identify. The newspaper also reported that the kidnappers apparently asked for several million dollars in ransom.

The Associated Press' source said the kidnappers called the cell phone of a member of Lampert's family and played a tape recording of his voice to confirm his captivity.

At one point the suspects used Lampert's credit cards to make purchases, the source said. It didn't take long for investigators to trace the crime.

"They were zeroing in on these guys almost immediately," the source said.

Authorities have not cited a motive or provided other details of the kidnapping. Two of the suspects have drug-related convictions and were on probation at the time.

"We're investigating all possibilities," said Acting Greenwich Police Chief James Walters. "The investigators are working as intensely today as they were on Friday."

Prosecutors said in court Monday that authorities found a shotgun, seven shotgun rounds and a mask in the Hamden hotel where two of the suspects were taken into custody Sunday night. One suspect was arrested at home.

Prosecutors said planning for the crime dated back to early last month. The source said the suspects had purchased handcuffs; a microcassette recorder was found in the motel room.

The adult suspects — Shemone Gordon, 23, of New Haven and Devon Harris, 19, of West Haven — were presented in U.S. District Court in Bridgeport on Monday on charges of violating the Hobbs Act, which bars the use of violence or extortion in any way that affects commerce. The men were ordered held without bond.

If convicted, Gordon and Harris face up to 20 years in prison and $250,000 in fines. They are scheduled to return to court in three to 10 days.

"We are going to vigorously pursue an aggressive defense of these claims by the government," O'Reilly said.

Lampert is listed on the Forbes 400 list released in September as the 288th-richest person in America. He is the second-richest person in Connecticut, behind fellow Greenwich resident Mary Anselmo of satellite service provider PanAmSat, according to Forbes.

Lampert was weary from the ordeal, but not physically injured, police said. Lampert's family released a statement Sunday saying they were thankful he was home, but declined further comment.