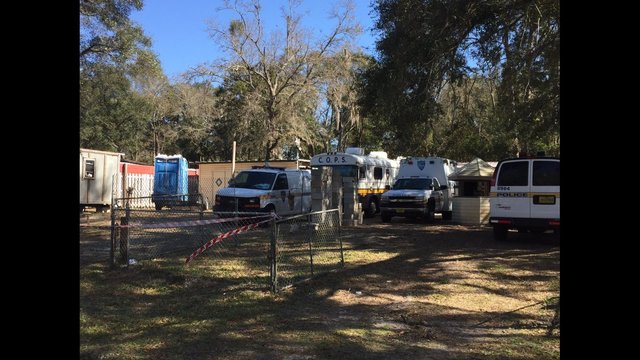 JACKSONVILLE, Fla. --Police say the body of a young woman has been found on the Jacksonville property of a man who has been incarcerated for about nine months on assault charges.

The still-unidentified body was found Feb. 11 at the home of Richard Tillis, 54. The Florida Times-Union reports Tillis was jailed months ago on charges of aggravated assault, battery of a law enforcement officer and making threats.

The station reports Tillis has a criminal history dating back to the early 1980s, including a 2012 arrest for sexual battery of a prostitute. Police have responded to his Jacksonville home 80 times since 2011, the station reports, and an April, 2015 police report describes him as a "known nuisance" in the neighborhood.

Tillis has multiple injunctions filed against him by neighbors, WJAX reports, with multiple residents claiming he harassed them.

A tip reportedly led officials to the remains found inside his home, a woman who was likely a teen or in her 20s.

Tillis has not been charged with any crime in relation to the remains.

Anyone with information is asked to call the Jacksonville Sheriff's Office at (904) 630-0500 or send an email to JSOCrimeTips@jaxsheriff.org. To remain anonymous and possibly receive a reward up to $3,000 contact First Coast Crime Stoppers at (866) 845-8477.