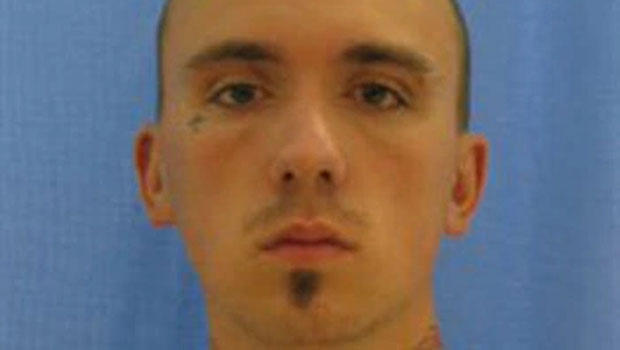 SALT LAKE CITY -- Police have captured a man wanted in the fatal carjacking of a University of Utah student.

Details on the arrest of 24-year-old Austin Boutain, who is also a person of interest in a recent suspicious death in Colorado, weren't immediately available.

The fatal carjacking attempt near the University of Utah late Monday left one student dead and touched off a campus-wide lockdown as hundreds of police officers swarmed buildings and nearby foothills and canyons in search of the suspected gunman.

University of Utah Police Chief Dale Brophy said early Tuesday that an injured woman came to the school and reported that her husband had assaulted her while they were camping in Red Butte Canyon, which abuts the campus.

Brophy said authorities were searching for the woman's husband, who they identified as Austin Boutain, in the fatal shooting and attempted carjacking at the mouth of the canyon.

At a news conference Tuesday morning, Brophy said Boutain and his wife are wanted in a homicide in Golden, Colorado, that occurred late last week.

Speaking later Tuesday, Golden, Colo. Police Capt. Joe Harvey said his department responded early Tuesday to a mobile home park in Golden after Salt Lake City police requested they conduct a welfare check there. Inside, they found the owner, a 63-year-old man, dead with obvious signs of trauma, Harvey said. The case is being investigated as a homicide.

The welfare check call was tied to the investigation into Guo's shooting in Utah, Harvey said, but the connection wasn't immediately clear. He said Austin and Kathleen Boutain had some kind of relationship with the victim and had been to the RV where the man was found dead. They're considered persons of interest and Golden police want to interview them for more information, Harvey said.

He said he wasn't sure how long the couple had been in Colorado, but said he didn't believe it was for long. Austin Boutain also had possible ties to Minnesota, Wisconsin, and Mississippi. Boutain also has a criminal history, Harvey said.

A truck belonging to the man found dead in the RV is missing, and Harvey said it may be in Utah. He described it as a 2000 green Ford F350 pickup truck with Colorado plates 460DZX. He asked anyone who sees the truck to contact their local police department. Weapons, possibly both guns and knives, may also be missing from the RV, Harvey said.

The victim hasn't yet been identified. It's believed he was dead for several days before his body was found.

Brophy said authorities believe the Boutains have been in Utah for several days and were camping in the foothills above the University of Utah.

At least eight law enforcement agencies, including the FBI, had been involved in the manhunt for Boutain. A helicopter and armored vehicle were assisting the search in the scrubby mountain foothills and trails just above campus.

The university sent an alert at 9 p.m. to students and staff to shelter in place. The lockdown ended six hours later.

The school of about 32,800 students is Utah's flagship university and sits on more than 2 square miles nestled against mountains on the east side of Salt Lake City.

Guo, one of thousands of international students at the University of Utah, came to the U.S. in 2012 and dreamed of owning his own consulting company. He enjoyed skydiving, skiing and horseback riding, according to his biography on the school's International Student and Scholar Services website.

Pershing said the university has been in contact with the student's parents in China. Pershing described the violence as "senseless, random act of violence."