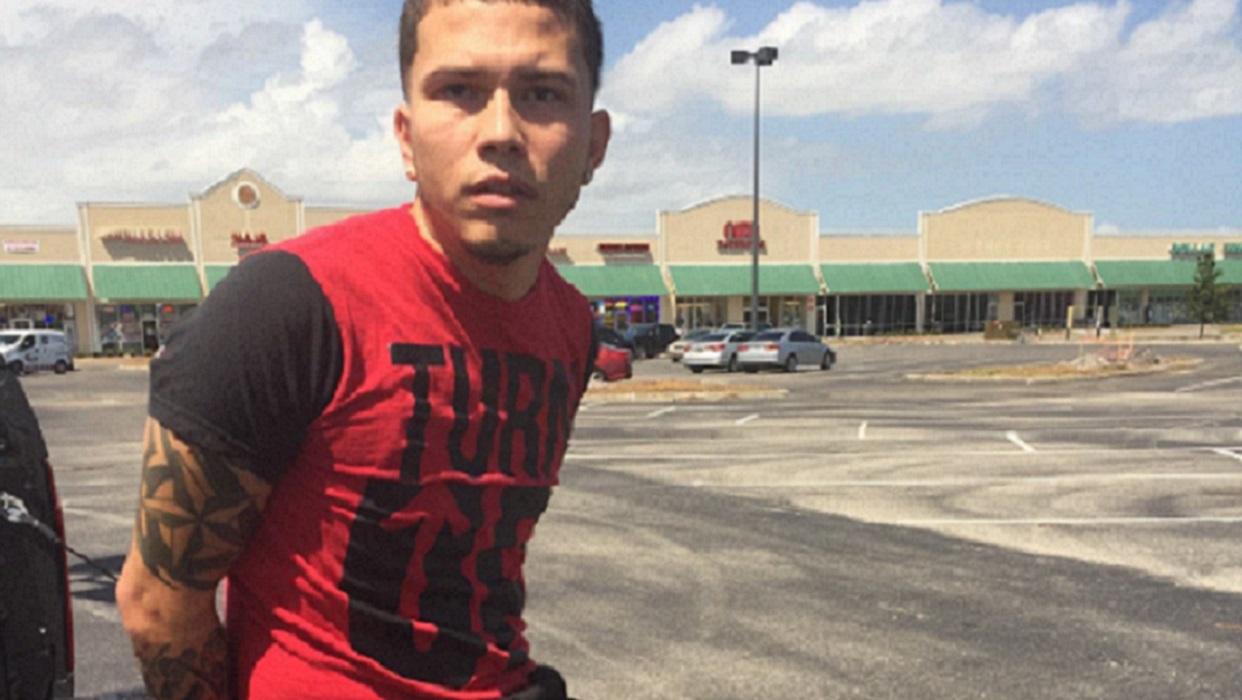 KISSIMMEE, Fla. — Police say a Florida man stole a car Monday, and was seemingly unaware an auto theft unit was following him when he stopped to watch the solar eclipse.

Jocsan Feliciano Rosado, 22, was captured while staring at the sky, as the moon passed between the sun and Earth, according to the Orange County Sheriff's Office. He had pulled into the parking lot of a Kissimmee hardware store, where he purchased a welder's mask and used it to view the eclipse.

"As Rosado was standing in the parking lot next to the stolen car, with the welding helmet on and looking up at the eclipse, deputies swooped in and made an arrest," the Orange County Sheriff's Office wrote in a Facebook post.

"He never saw it coming," the department wrote. "That only happens every 99 years."