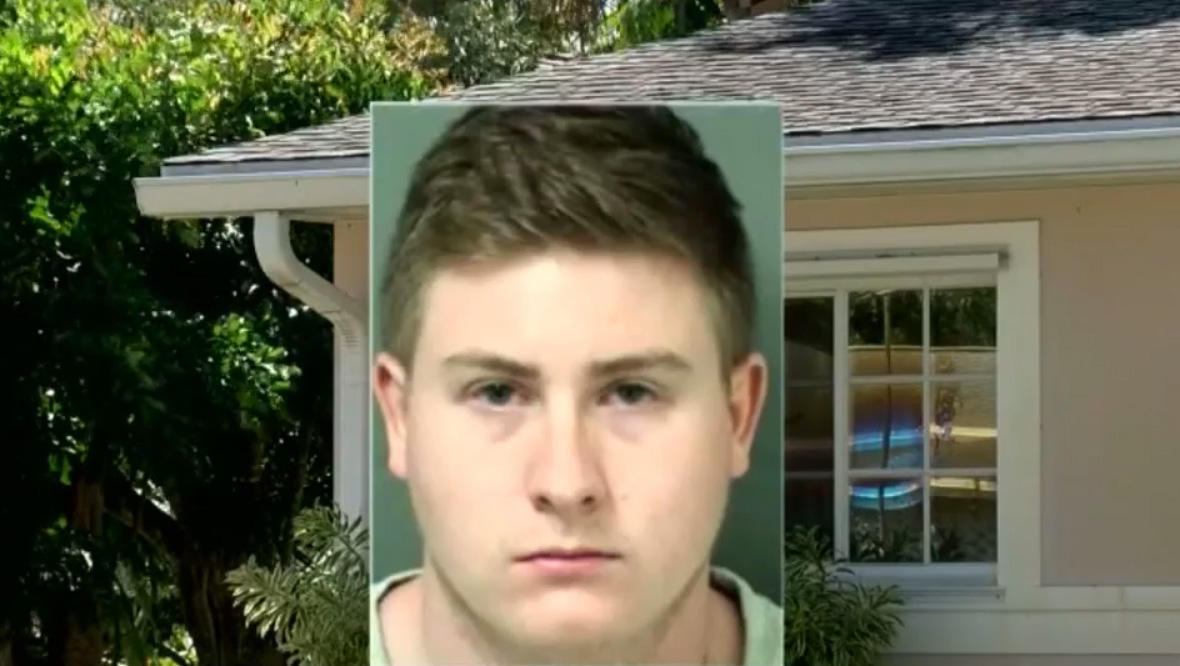 WEST PALM BEACH, Fla. -- A Florida man is accused of fatally stabbing his roommate when she stopped by his home on Saturday morning to say goodbye before moving back to Pennsylvania where she grew up, according to sheriff’s investigators.

Palm Beach County Sheriff’s deputies said in an arrest report that Brooke Preston, 21, had recently moved out of the home she’d shared with Randy Herman Jr., 24. Preston hugged Herman, who gave her a T-shirt commemorating the death of a mutual friend. Then, according to deputies, Herman stabbed her repeatedly in the abdomen, back and throat. She also had defensive wounds on her hands.

Herman then drove Preston’s vehicle to a park near West Palm Beach, where he dialed 911, the report said.

“Someone’s been murdered,” Herman told the dispatcher. “Just send the police. It was me. I’m sorry.”

CBS affiliate WPEC in West Palm Beach reports the house near the airport was a temporary home for Preston. Friends told the Palm Beach Sheriff’s Office she was just about to move back to the New York state/Pennsylvania area. She was planning to leave Sunday and had returned to the house for some of her stuff and her car.

Friends say she had voiced concerns that Herman was acting strange the night before the killing, so much so, she didn’t want to be in the house alone with him, WPEC reports.

According to investigators, Herman texted his mother while waiting at the park for deputies to arrive. He told her he loved her, the report said. When deputies got to the park, Herman told them to go to his house because someone there was badly hurt.

The Palm Beach Post reports Herman was covered in blood and had a cut on the webbing between his left thumb and pointer finger. He also had scratch marks on his chest, investigators wrote in the arrest report.

During questioning by detectives, Herman cried and apologized, the report said. He was arrested and charged with first-degree murder. He’s being held without bond and records don’t list an attorney for him.

Neighbors told the newspaper that the two were not romantically linked.