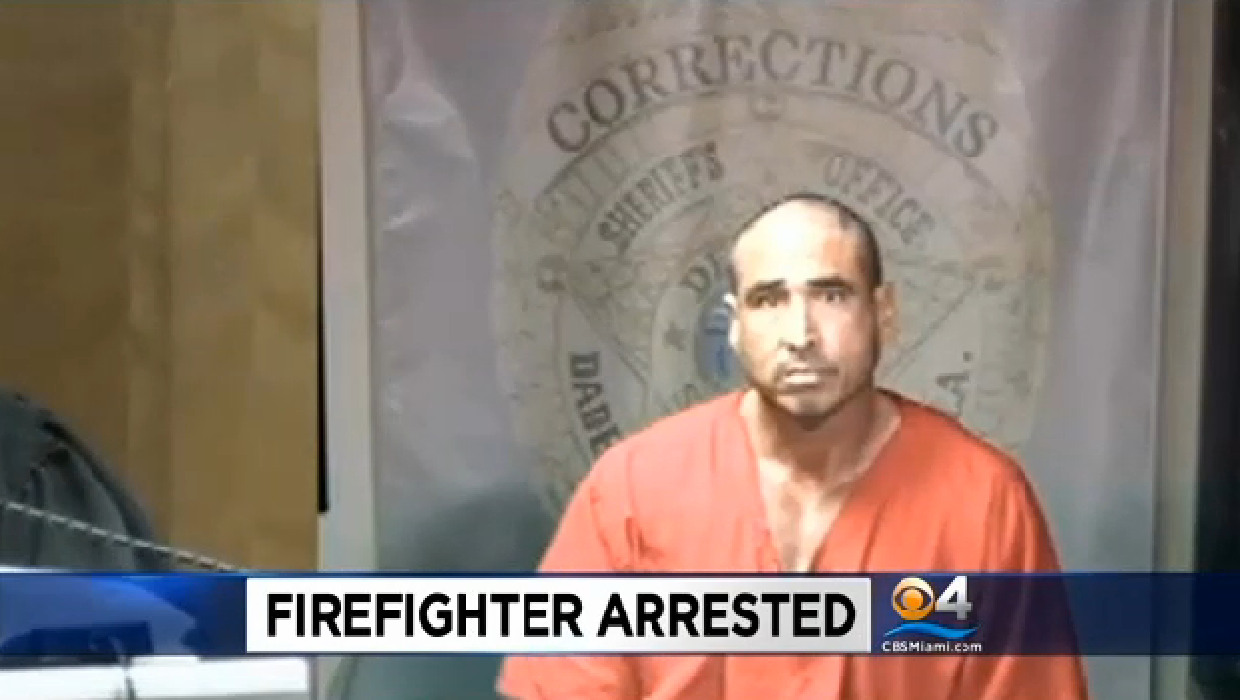 MIAMI - A Miami firefighter was arrested following an apparent road rage incident in which he allegedly beat a 71-year-old man, reports CBS Miami.

Reynaldo Luis Miranda, 47, is facing charges of aggravated battery of an elderly person and burglary with battery.

In bond court Wednesday, he told the judge the allegations against him are only one side of the story.


An arrest affidavit reportedly says Miranda was in a parked car with a friend in a mall parking lot when James Walton, 71, pulled up and parked next to him.

The report alleges Miranda became upset and started yelling because Walton parked "too close" to his car. After the two exchanged words, Walton says Miranda made a phone call and left the parking lot.

When Walton went to leave the parking lot, he saw Miranda's car ahead of him, according to the report obtained by the station. Then Miranda allegedly stopped his car abruptly, got out of the car, walked up to Walton's car and started beating him.

An officer reportedly arrived as the altercation was occurring.

A witness told police that she saw "three hard hits," according to CBS Miami.

The station says the 71-year-old was treated on the scene for a laceration above his left eye, and his wife told the station her husband had to get stitches and is doing ok.

Miranda's neighbors tell CBS Miami he is a family man and the accusations against him are completely out of character.

A judge ordered Miranda be placed on house arrest and set his bond at $10,000, which he posted Wednesday evening.