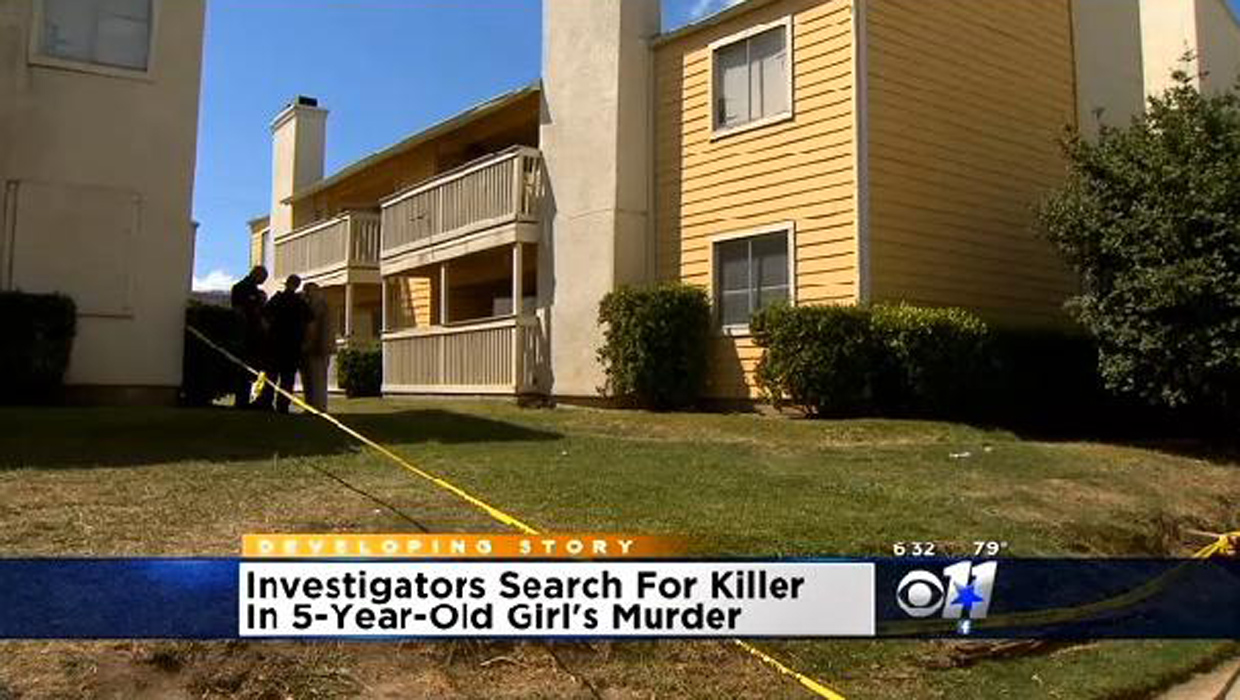 DALLAS - The 17-year-old cousin of a 5-year-old Dallas girl found dead in a vacant apartment has been arrested.

Dallas police said Monday that Angel Lizandro Sanches-Zenteno has been arrested and charged with capital murder in the death of Kathrine Alejandra Gonzalez, whose body was found Sunday afternoon after a nearly 3-hour search. The medical examiner ruled the initial cause of death as strangulation.

Sanches-Zenteno was being held in Dallas jail Monday on no bond. Jail records did not list an attorney. CBS DFW reports Sanches-Zenteno became a suspect after an eyewitness identified him as the last person seen with Gonzalez.

Police have not commented on the possible motive behind the murder, according to the station.

The 5-year-old had been reported missing by her aunt, who last saw her around 11:30 a.m. Sunday playing outside with her siblings. They were being watched by her uncle at the apartment complex while their parents worked.

"A 5-year-old is dead. That is so sad," said neighbor Janicqua Washington. "That is so hurtful. That baby was innocent, didn't know nothing."

CBS DFW reports the little girl and her family did not live in the apartment complex but were frequent visitors. Sanches-Zenteno's apartment was next door to the one where the victim's body was found.