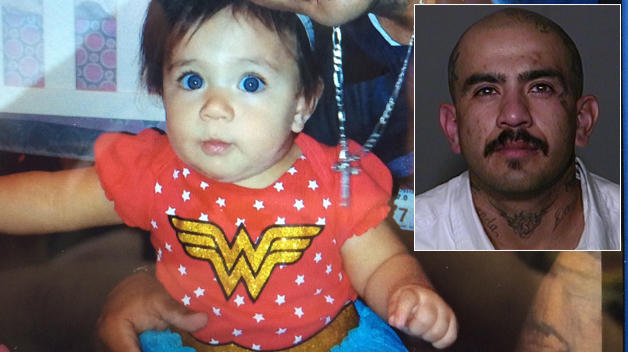 RANCHO CUCAMONGA, Calif. -- Police in southern California are searching for a missing toddler after officials say she was abducted at gunpoint by her father, who threatened “suicide by cop” -- a tactic in which someone intent on killing themselves deliberately provokes a police officer to do the job for them.

Authorities say one-year-old Lexi Segura was abducted by her father, 38-year-old Daniel Segura, and the pair was last seen in a 2012 red Mitsubishi Galant, reports CBS LA. An Amber Alert was issued for the child, but it was canceled when the car was found abandoned overnight in Pomona. The search for the man and the girl continues.

Police say Daniel Segura was at a friend’s house Monday in Rancho Cucamonga and began arguing with his estranged wife, who is the child’s mother. That’s when authorities say he pulled out a gun and took the toddler,  saying that he wanted police officers to kill him.

Lexi is described as a Hispanic girl, 3 feet tall, about 35 pounds, with brown hair and brown eyes. She was last seen wearing a baby blue shirt with gold writing, blue jeans and pink shoes.