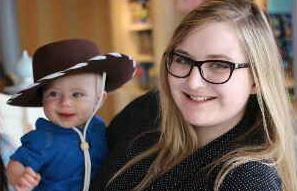 MESA, Ariz. -- Mesa police have detained the parents of a missing woman and her baby for allegedly helping orchestrate a plot to avoid sharing custody of the child.

Police say Roland Jones and his wife Cassandra were preparing to board a plane Wednesday morning at Phoenix Sky Harbor International Airport. Their destination wasn't disclosed.

Police have submitted charges to the Maricopa County Attorney's Office, alleging conspiracy to commit interference by Jones and his wife.

Police believe Roland and Cassandra Jones were aware that the father of the child -- Jacob Gouchenour, their daughter's ex-husband -- had recently been granted joint custody and allegedly helped their daughter deny Gouchenour access to his baby boy. Mesa Police say the couple also gave "false and misleading statements" to detectives about the disappearance of their daughter and grandson.

Police documents say the couple told police Madeline Jones had left all her personal belongings at home and that they believed the child's father had something to do with the disappearance, but wouldn't provide further details. During a later interview, Cassandra Jones allegedly admitted she didn't believe  Gouchenour was involved in the disappearance, but said she thought his family was.

She also allegedly told police she thought her daughter and grandson were "dragged over a wall" on their property, but had no evidence to support the assertion. She allegedly referenced the high-profile case of kidnapping victim Elizabeth Smart.

Documents obtained by CBS affiliate KPHO say a family friend saw Madeline before she went missing looking at a website called "How to Disappear," and that Cassandra asked the friend to dye Madeline's hair. Madeline allegedly also told family she was planning to take a "vacation" with the child.

The documents also show Cassandra Jones took out a large amount of money before her daughter and grandson disappeared.

Billie Tarascio, an attorney for the child's father Jacob Gouchenour, told KPHO "it's more likely than not they were trying to run."

Gouchenour told the station his child recently turned one.

"The past few months have been a nightmare," said Gouchenour. "So it's awful, I don't know if he's all right."