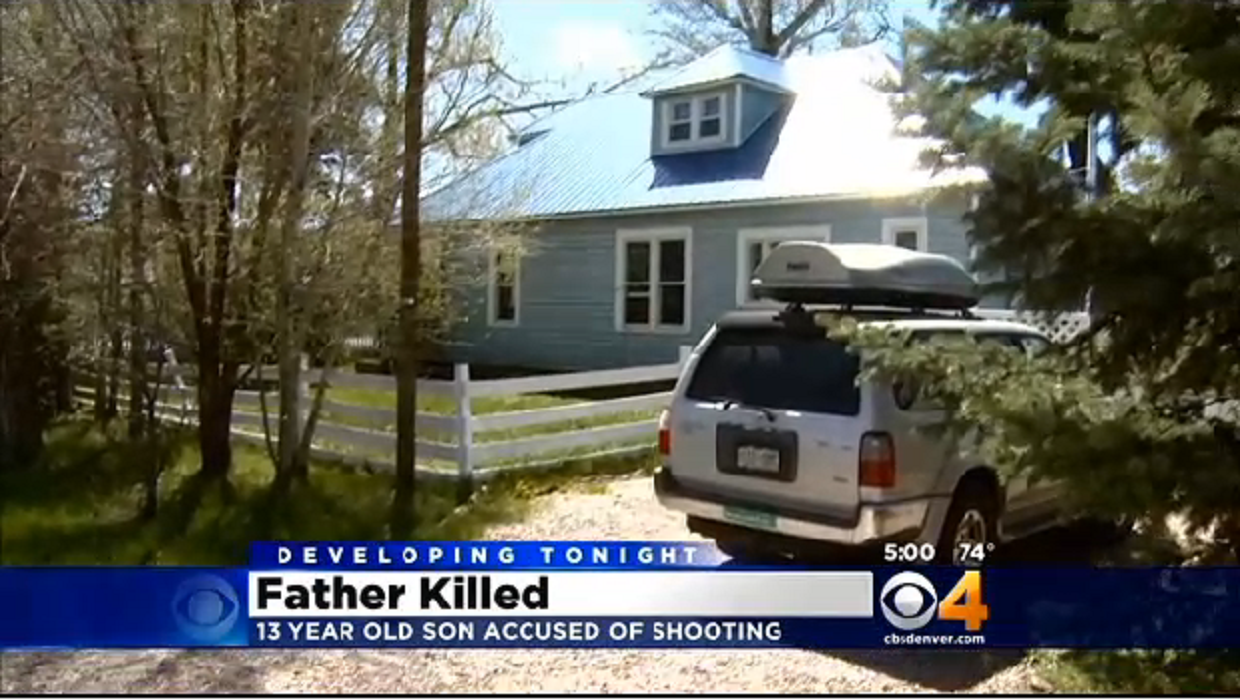 GYPSUM, Colo. - Investigators say a 13-year-old boy fatally shot his father and tried to conceal the slaying from authorities, living alone in the family's Colorado home with the body for nearly a week, reports CBS Denver.

The boy is charged with first-degree murder but he is being held in the juvenile facility in Jefferson County.

CBS Denver reports the teen is alleged to have used a rifle to kill his father sometime around April 29 or 30 in the home they shared in Gypsum, a small town in western Eagle County.

The station reports the teen allegedly called into his father's work every day after his death, reporting him sick. After a few days, his father's supervisor at the county-run transit department where he worked became suspicious and called police.

"He had been dead for around six days," Bettis reportedly said.

It wasn't until a deputy showed up at the house that the boy admitted his father was dead inside.

"The juvenile answered the door and told deputies that his 50-year-old father was deceased in the residence," Eagle County Sheriff Joseph Hoy said, according to CBS Denver.

Hoy said authorities have only been called to the family's house once before - a year ago - for a domestic dispute between the parents.

The sheriff's office told CBS Denver the teen's mother was not living in the home with her son and ex-husband at the time of the crime.