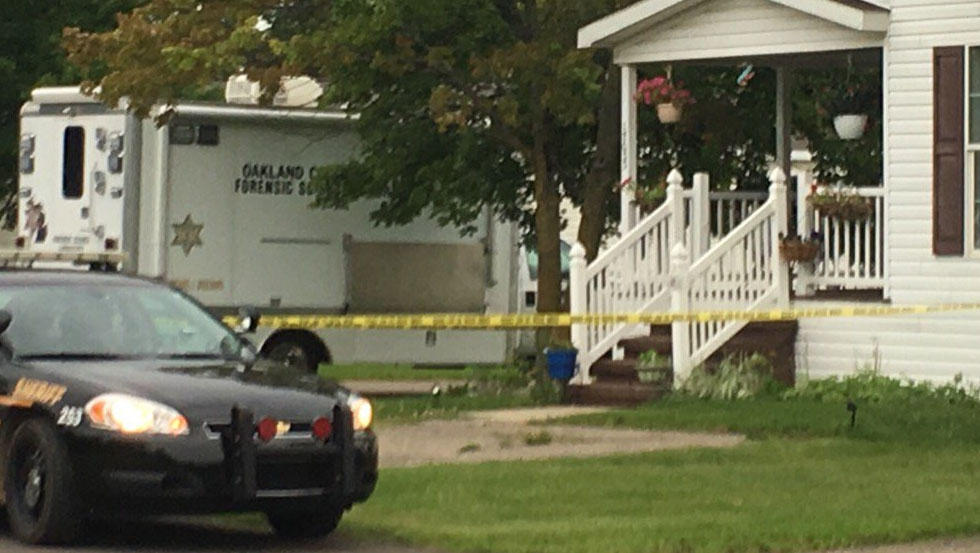 Police say they were alerted around 5:40 a.m. Tuesday when they received a call from a man who said his son, 15-year-old Steven Wilkerson, had left a note at his home saying he was going to kill his grandmother, reports CBS Detroit.

Oakland County Sheriff's deputies responded to the 65-year-old woman's mobile home in Springfield Township, about 50 miles northwest of Detroit, and found her dead in a bedroom with multiple stab wounds. The suspected murder weapon, a large kitchen knife, was recovered at the scene, the station reports.

Police believe Wilkerson rode his bike to his grandmother's home sometime early Tuesday and stabbed her to death. They say he then fled in her black 2006 Pontiac.

Police issued a state-wide alert for Wilkerson and the stolen vehicle. Just after 11 a.m., police located the car nearby in Holly. Detectives also found a body, believed to be Wilkerson, on the railroad tracks.

"It is obvious the body was struck by a passing train," Holly Village police said in a statement.

"Obviously the individual, you know, he was found laying on the railroad tracks. So, not seeing what happened — I mean, you can only surmise what happened to him," Storey said. "The accessibility is very easy. You know, it's an open area over there, it's part of a residential and business district."

The body has not yet been positively identified.

Investigators are still searching for a motive.