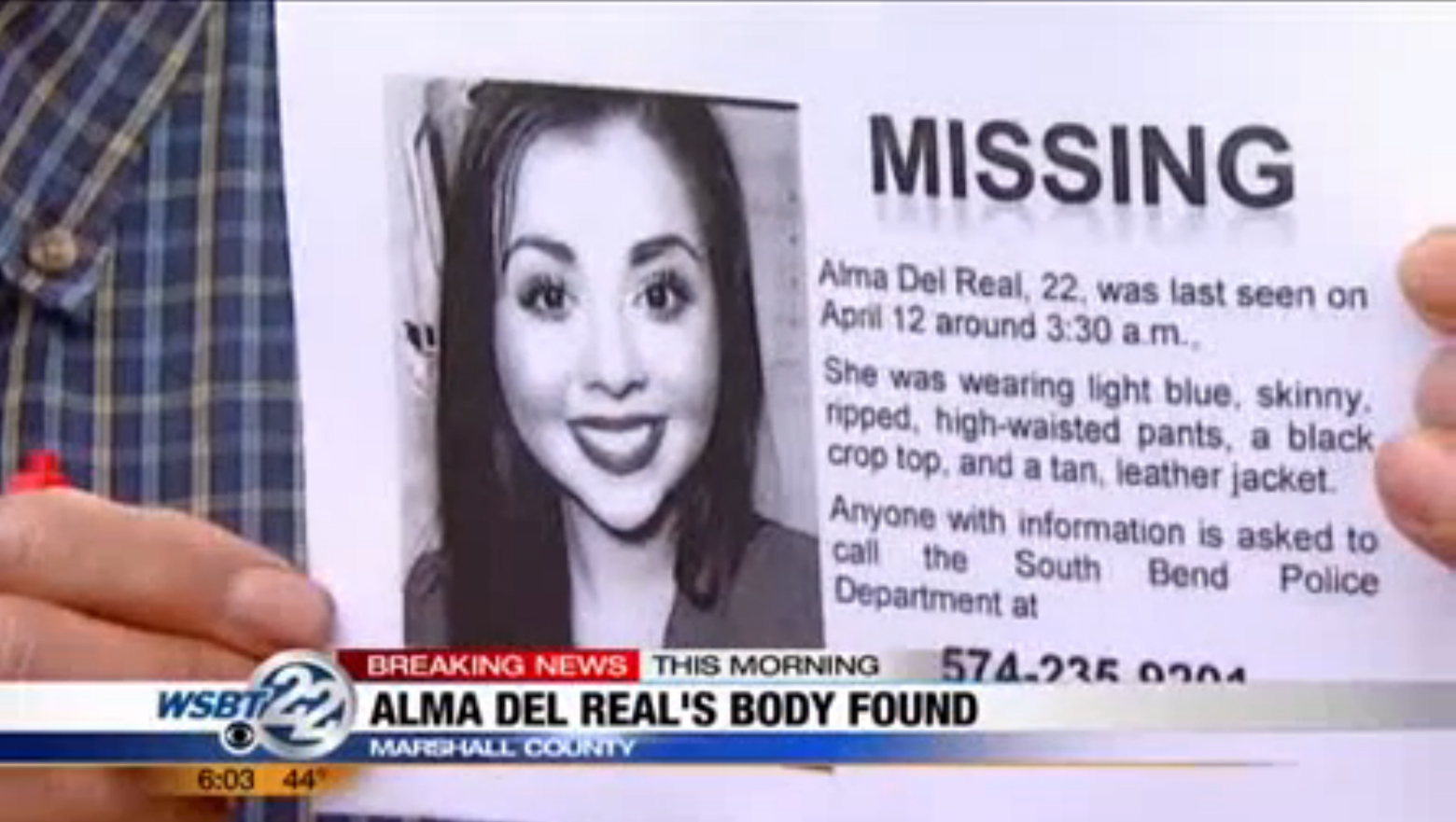 SOUTH BEND, Ind. -- Police believe they have found the body of a missing 22-year-old South Bend woman, and a 24-year-old man has been arrested in connection to her death.

South Bend police say the body they believe belongs to Alma Del Real was found Wednesday in Marshall County. An autopsy is scheduled Thursday in Kalamazoo, Michigan, and police say they're awaiting official confirmation that it's Del Real.

According to police, the suspect was booked into St. Joseph County Jail Wednesday night on a preliminary charge of murder. St. Joseph County Prosecutor Ken Cotter tells the South Bend Tribune that formal charges are expected within the coming days.

Information from the suspect led police to the body, reports CBS affiliate WSBT.

Del Real was last seen in the early morning of April 12, when police say she was dropped off by a friend at home.

"I want to send out my heartfelt condolences to the family because I know as much of a toll it took on me and my personal family regarding this case, I can't imagine what it has done to them," Gobel said. "My little girl asked me every day if I found Alma yet, and today I get to go home and say we have."