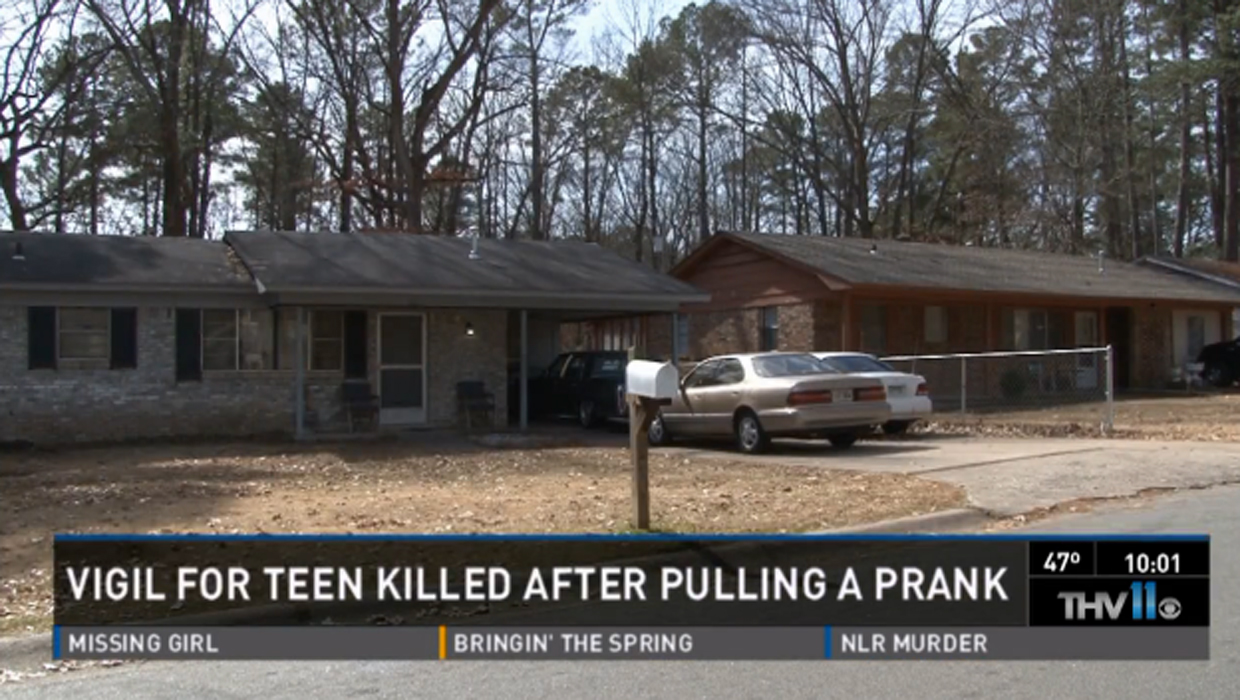 Adrian Broadway was fatally shot just before 1 a.m. Saturday after police say she and six other teens dumped leaves and other trash on a car outside the Little Rock home of 48-year-old Willie Noble as part of prank.

In the midst of the prank, Noble allegedly ran out of his house and started shooting at the vehicle which held Adrian and the six others. According to the station, none of the other teens in the car were seriously injured.

"Apparently Mr. Noble's teenage son had done a prank on some of the kids that were inside the vehicle on Halloween Night. As a result they were doing a retaliation prank and it ultimately had deadly results," Allen said.

Kortazha Williams, 16, who was in the car with Adrian at the time of the deadly shooting, told KTHV the friends met on Friday for Taco Bell and a movie, but then decided to go to Noble’s house to pull a prank on a friend.

“It was a joke. We was friends, we was gonna come over there and clean it up,” Williams said through tears.

Noble is charged with first-degree murder, one count of terroristic acts, and five counts of aggravated assault.