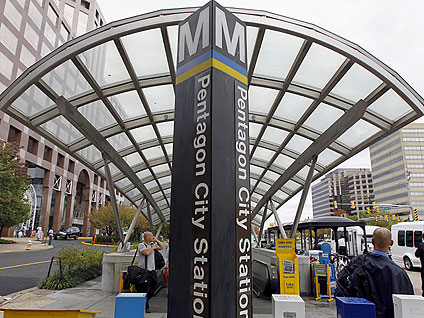 Russell Crowe was arrested and charged Monday for allegedly throwing a telephone at an employee of the Manhattan hotel where he was staying.

Crowe, 41, who plays a boxer in his latest film, "Cinderella Man," allegedly threw the phone at the concierge at the Mercer Hotel in SoHo, "hitting him in the face and causing a laceration and substantial pain," according to the complaint.

The Australian movie star was arraigned on charges of second-degree assault and fourth-degree criminal possession of a weapon — the telephone — before Manhattan Criminal Court Judge Martin Murphy. The assault charge is punishable by four years in prison.

"This arose because he was trying to get his wife on the phone in Australia," his lawyer, Gerald Lefcourt, told reporters earlier outside the police precinct where Crowe was booked. "He was in his room. He couldn't get a line and there was a disagreement."

Police said Crowe left his room and went to the front desk where the alleged confrontation took place.

The prosecution told the judge that Crowe admitted to a police officer that he picked up the phone and threw it because he was angry.

Assistant District Attorney Chad Sjoquist asked the judge to set $5,000 bail, but Murphy released Crowe on his own recognizance and told him to return to court Sept. 14.

After Crowe was processed at the police precinct, he was led out in handcuffs to a police sport utility vehicle for the ride to criminal court. A horde of media, including a news helicopter hovering overhead, descended on him. Crowe, wearing dark shades, a blue bomber-style jacket and jeans, declined comment.

Crowe's publicist, Robin Baum, told syndicated TV show "Extra" that "after asking the front desk several times to replace a faulty phone in his room — and getting only attitude from the clerk on duty — Crowe brought the phone down to the front desk in an effort to address the situation in person.

"Words were exchanged and Crowe wound up throwing the phone against the wall. He regrets that he lost his temper, but at no time did he assault anyone or touch any hotel employee."

It wasn't the first instance of reported bad behavior by Crowe. The actor got into a brawl at a chic London restaurant in November 2002. Earlier that year, he reportedly was abusive toward a TV executive when the British Broadcasting Corp. edited his acceptance speech out of a broadcast of the British Academy Film Awards.

Crowe is married to actress Danielle Spencer and they have a 17-month-old son, Charles Spencer Crowe. He won an Oscar for his role in 2000's "Gladiator."

"Cinderella Man," Ron Howard's story of Depression-era boxer Jim Braddock, had a lackluster opening this weekend, debuting at No. 4 with an estimated $18.6 million at the box office.