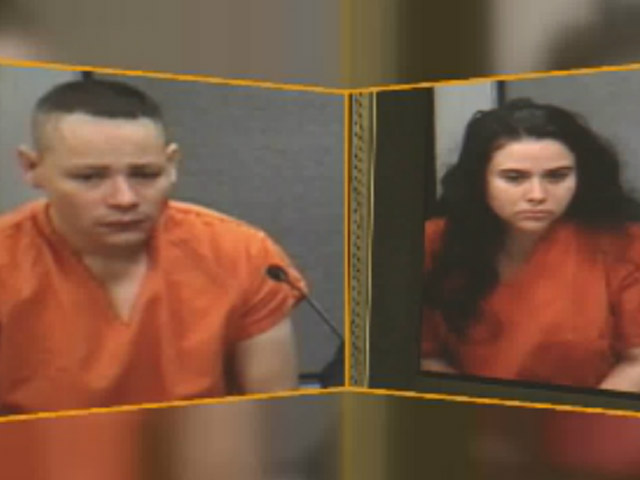 TUCSON, Ariz.- Police say that evidence found at a Tucson home where three girls say they were imprisoned by their parents supports the girls’ claims, reports CBS affiliate KOLD.

Tucson Police Chief Roberto Villasenor said during a news conference Wednesday that he asked detectives what they think of what the girls were claiming and, "their overwhelming impression is that the girls were telling the truth."

Three girls, aged 12, 13, and 17, say their mother and stepfather, Sophia Richter, 32, and Fernando Richter, 24, held them captive for up to two years. Police say the girls were imprisoned by a variety of means. The house had an extensive alarm system, including interior doors, Villasenor said.

There was a "barrage of static noise and music" piped into the rooms, which were soundproofed so well that the police couldn't hear it until they were just outside the rooms, Villasenor said.

“The condition of all the kids was quite dirty…and appeared to be that they had not bathed or cleaned for quite some time,” said Villasensor.

According to KOLD, Fernando and Sophia Richter were booked into the Pima County Jail on Tuesday on three charges each of kidnapping, child abuse/emotional abuse, and child abuse/physical abuse. Fernando Richter was also charged with one count of sexual abuse of a person under 15 years of age, according to police.

The 12 and 13-year-olds said they were held in one room and the 17-year-old was held in another, said Villasensor. He also reportedly said the girls' emotional reactions to seeing each other and comments to each other about how they had changed added validation to their statements – which he said were given to police separately.

Villasenor said Fernando Richter invoked his Miranda rights, but Sophia Richter gave a statement. Villasenor would not divulge any details of her statement.

Villasenor said the family had lived in the house since August. He also said that the older sister kept a journal that detailed a year-and-a-half of alleged abuse.